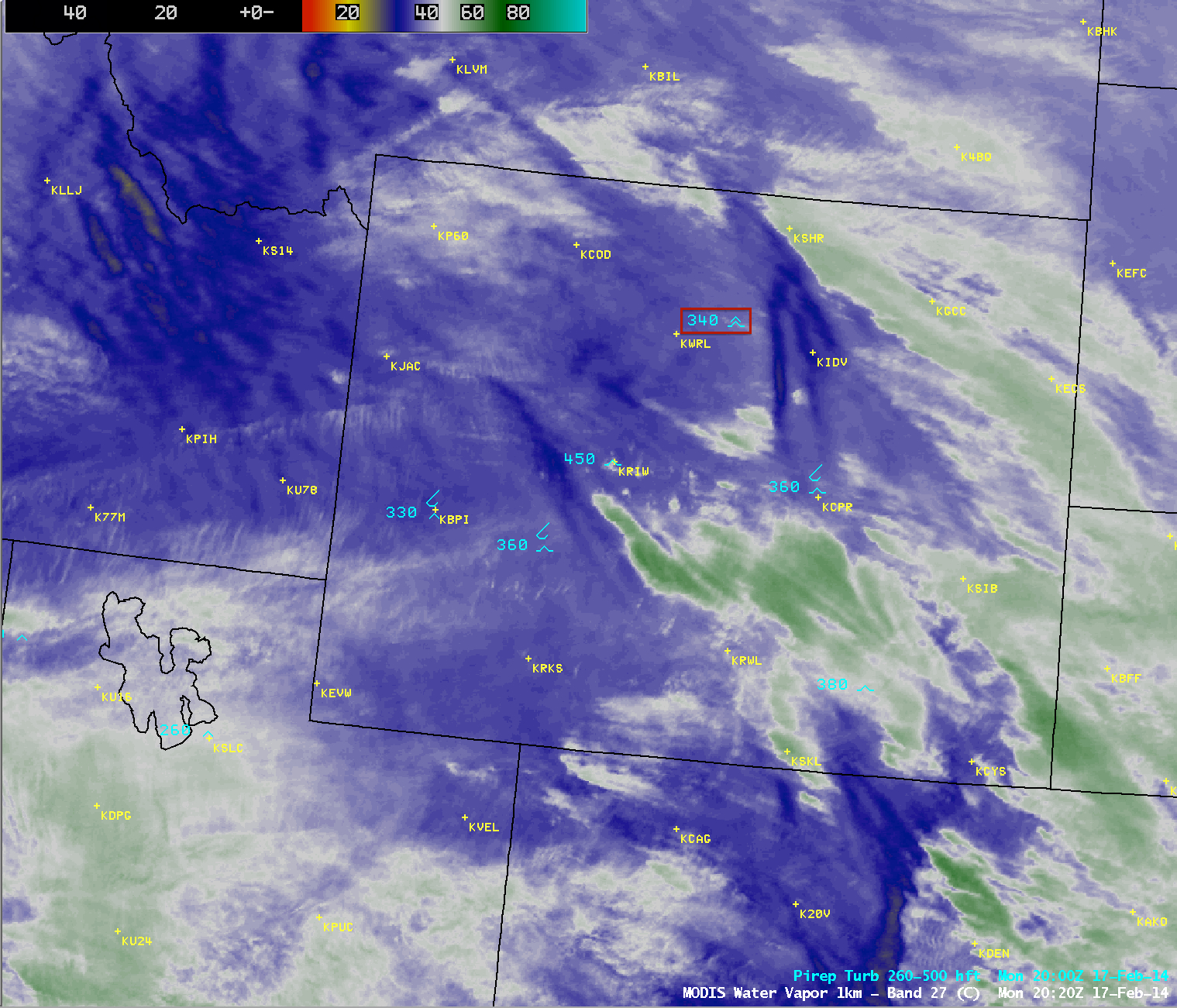 United Airlines flight 1676 enroute from Denver, Colorado KDEN to Billings, Montana KBIL (flight track) encountered severe turbulence at an altitude of 34,000 feet over Wyoming on 17 February 2014. Three crew members and two passengers were injured, and taken to hospitals upon landing in Billings. An AWIPS image of 1-km resolution Aqua MODIS 6.7 Âµm water vapor channel data (above) showed a number of pilot reports of moderate turbuence over Wyoming between the altitudes of 33,000 and 45,000 feet around that time; the United 1676 pilot report of severe turbulence is highlighted in red.

On the MODIS water vapor image, note the appearance of distinct signatures of non-parallel mountain waves just to the east of that turbulence plot (in the vicinity of KIDV) — these closely-spaced bands of descending dry air (darker blue to yellow color enhancement) and ascending moist air (lighter blue to pale white color enhancement) were just east (downwind) of the Bighorn Mountains. The corresponding MODIS 0.65 Âµm visible channel and 11.0 Âµm IR channel images (below) showed that there were no cloud features associated with the entire extent of these mountain waves — they were were essentially occurring in “clear air”. This example demonstrates the value of high spatial resolution water vapor imagery for helping to identify signatures of potential clear air turbulence.

An animation of 4-km resolution GOES-13 6.5 Âµm water vapor channel images (below; click image to play animation) showed that there were numerous other reports of moderate and even severe turbulence over Wyoming between about 20:00 UTC and 23:40 UTC. On the final 23:40 UTC image, there was a pilot report of severe turbulence as high as 47,000 feet in that same general area. The mountain wave signature to the lee of the Bighorn Mountains was not stationary, but was seen to exhibit some meandering during that time period. 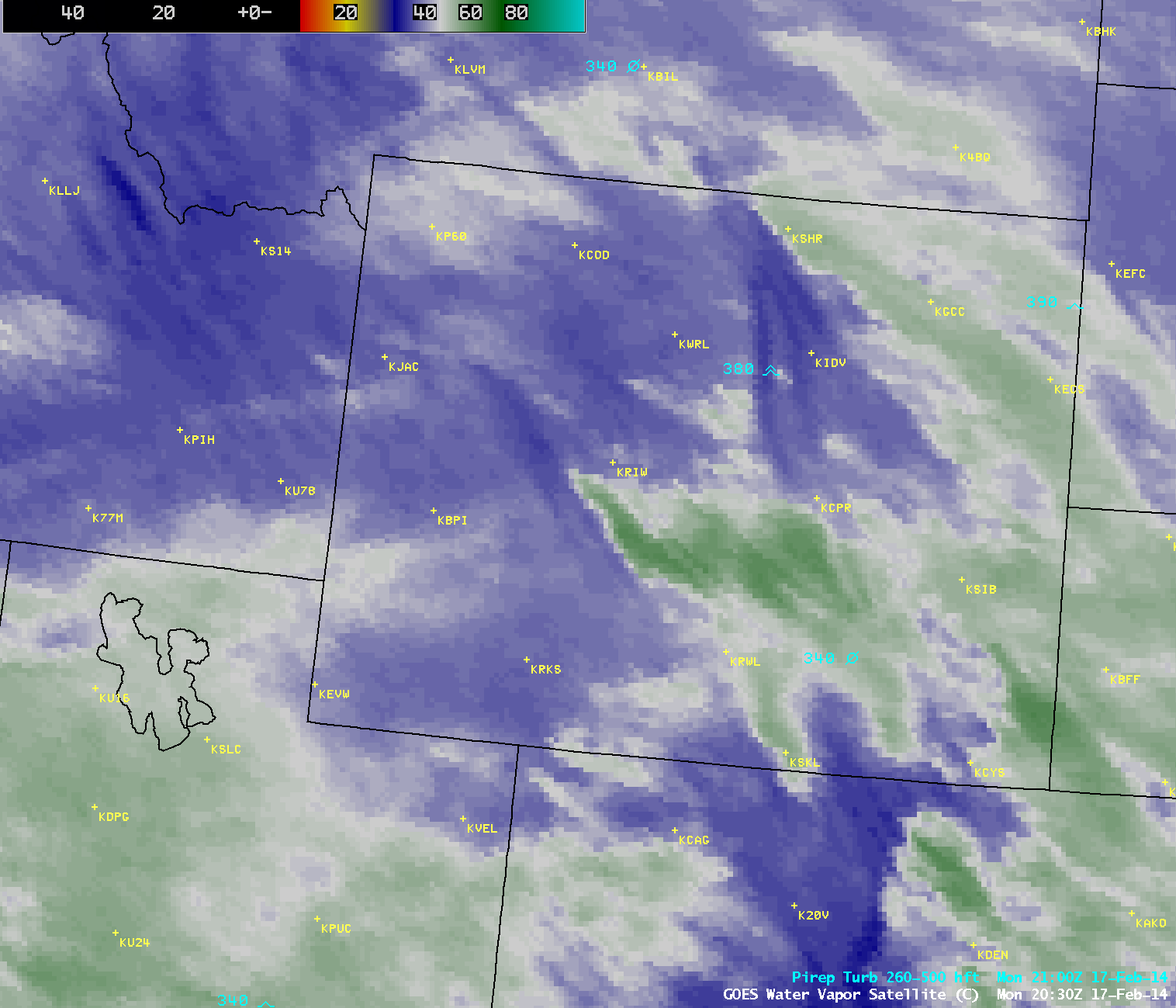