AWIPS images of the MIMIC Total Precipitable Water (TPW) product (below; click image to play animation) showed a number of areas exhibiting TPW values as low as 15 mm (0.6 inch) within the large dry feature seen on GOES-15 water vapor images. At 00 UTC on 30 January, the Hilo, Hawaii rawinsonde data indicated a TPW value of 0.93 inch, with very dry air above the 800 hPa pressure level. The strong subsidence aloft was acting to prevent significant rainfall over the Hawaiian Islands, prompting a Red Flag Warning to be issued for elevated fire danger during the 29-30 January period. It was also very warm in Hawaii — the highest temperature recorded in the 50 United States was 84 F at Kahului on 28 January, and 85 F at Kalaeloa on 30 January. 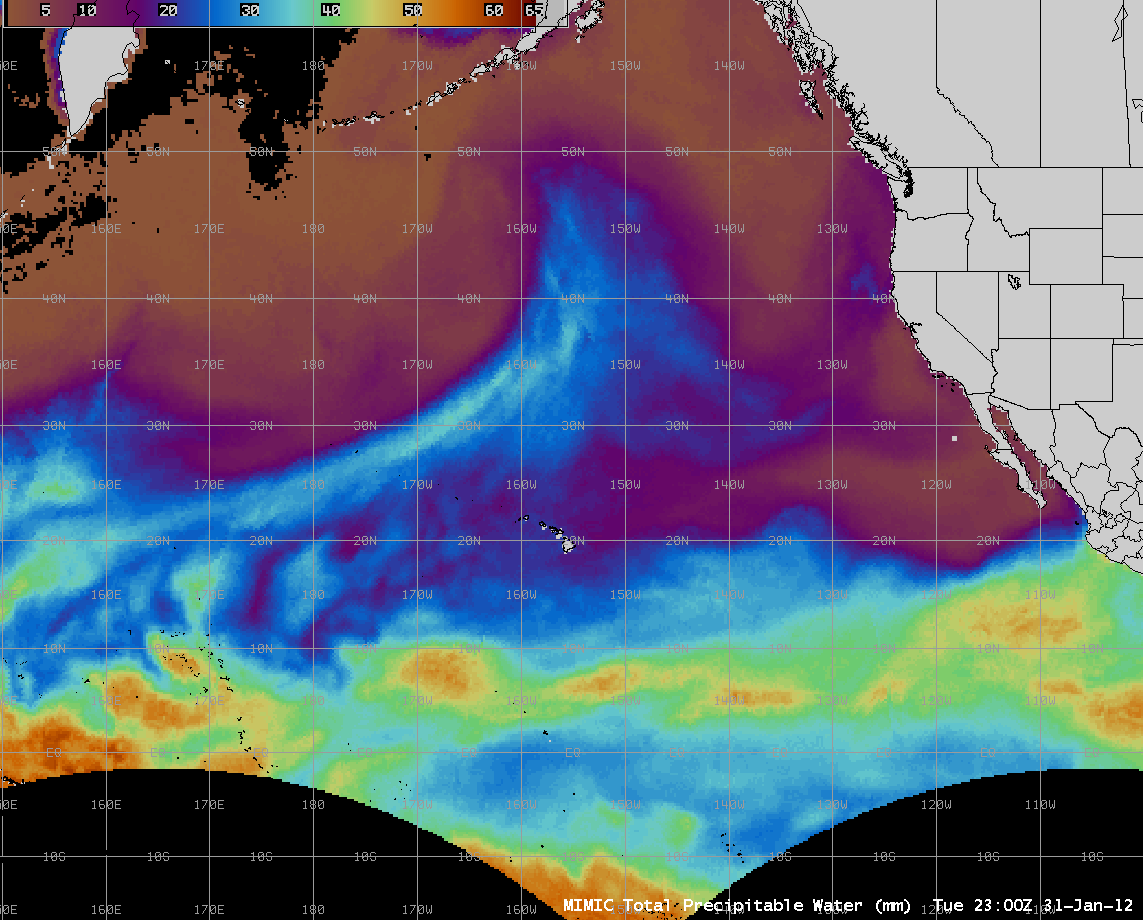 A comparison of an AWIPS water vapor image composite with the corresponding MIMIC TPW product (below) offers a good example of the fact that not all features of high TPW are evident on water vapor imagery. In particular, note the plume of higher TPW being drawn northeastward along a frontal boundary west and northwest of Hawaii — this plume crossed through the western portion of the dry feature on water vapor imagery.