Satellite signatures of the Artemis I rocket launch

Overlapping 1-minute Mesoscale Domain Sectors provided 30-second images from GOES-16 (GOES-East) ABI spectral bands 01-16, in addition to a Rocket Plume RGB (above) — which displayed visible reflectance and/or thermal signatures of the NASA Artemis Space Launch System rocket booster (as it moved quickly northeastward) and its low-altitude launch condensation cloud (as it drifted slowly eastward away from the coast) on 16 November 2022. One or both of these signatures was seen in all 16 of the ABI spectral bands, as well as the RGB imagery. 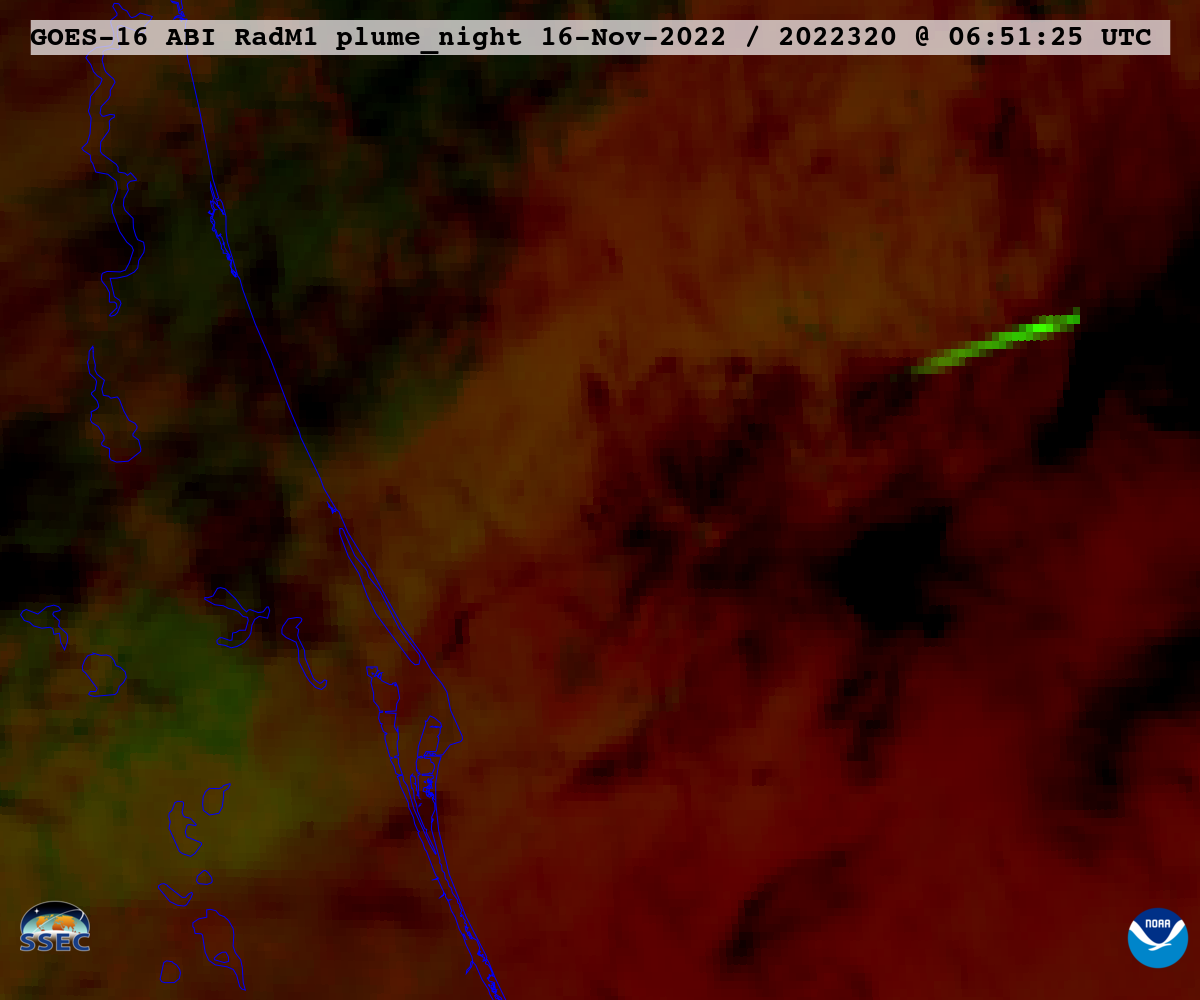 GOES-18 (GOES-West) caught a glimpse of the rocket booster’s thermal signature (shades of green) far to the east of Florida during its Full Disk scan that began at 0650 UTC (below). 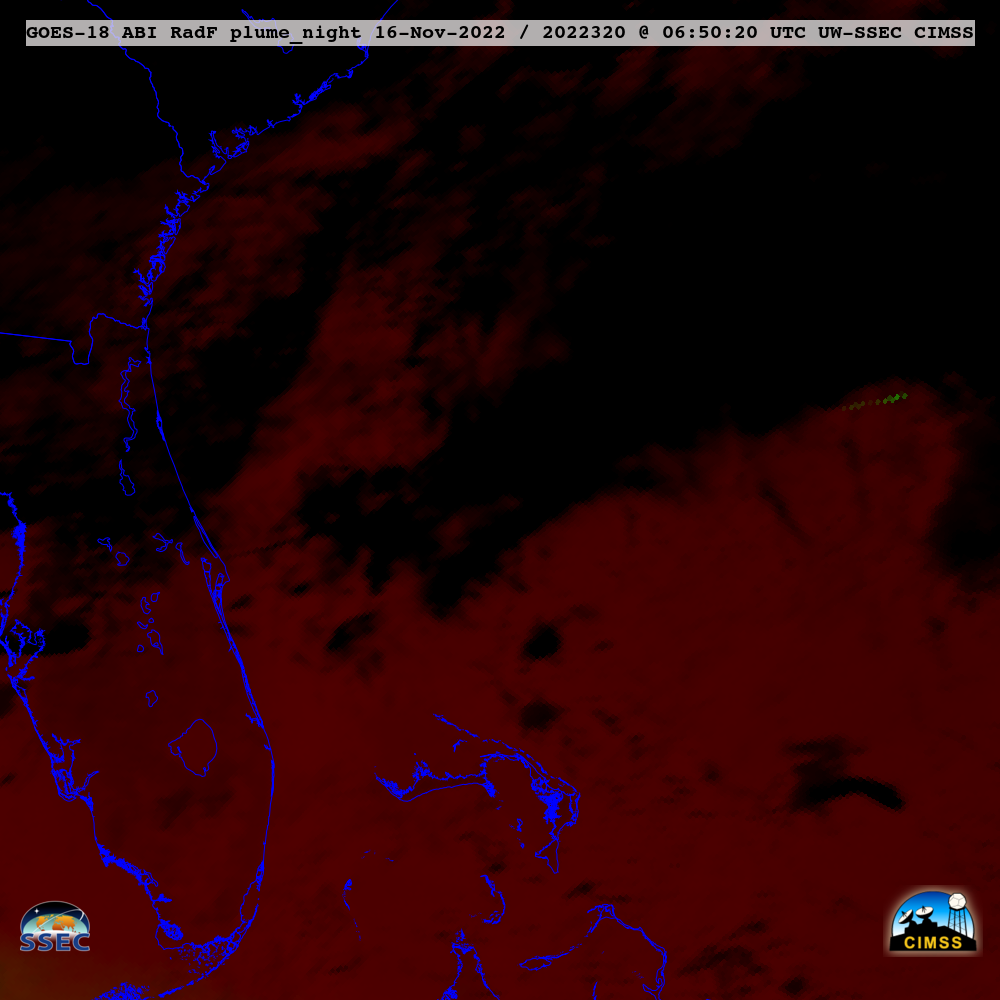 Thermal signatures of the rocket booster (brighter shades of pink) and its low-altitude condensation cloud (darker shades of blue) were also apparent in GOES-16 Nighttime Microphysics RGB images from the CSPP GeoSphere site (below).