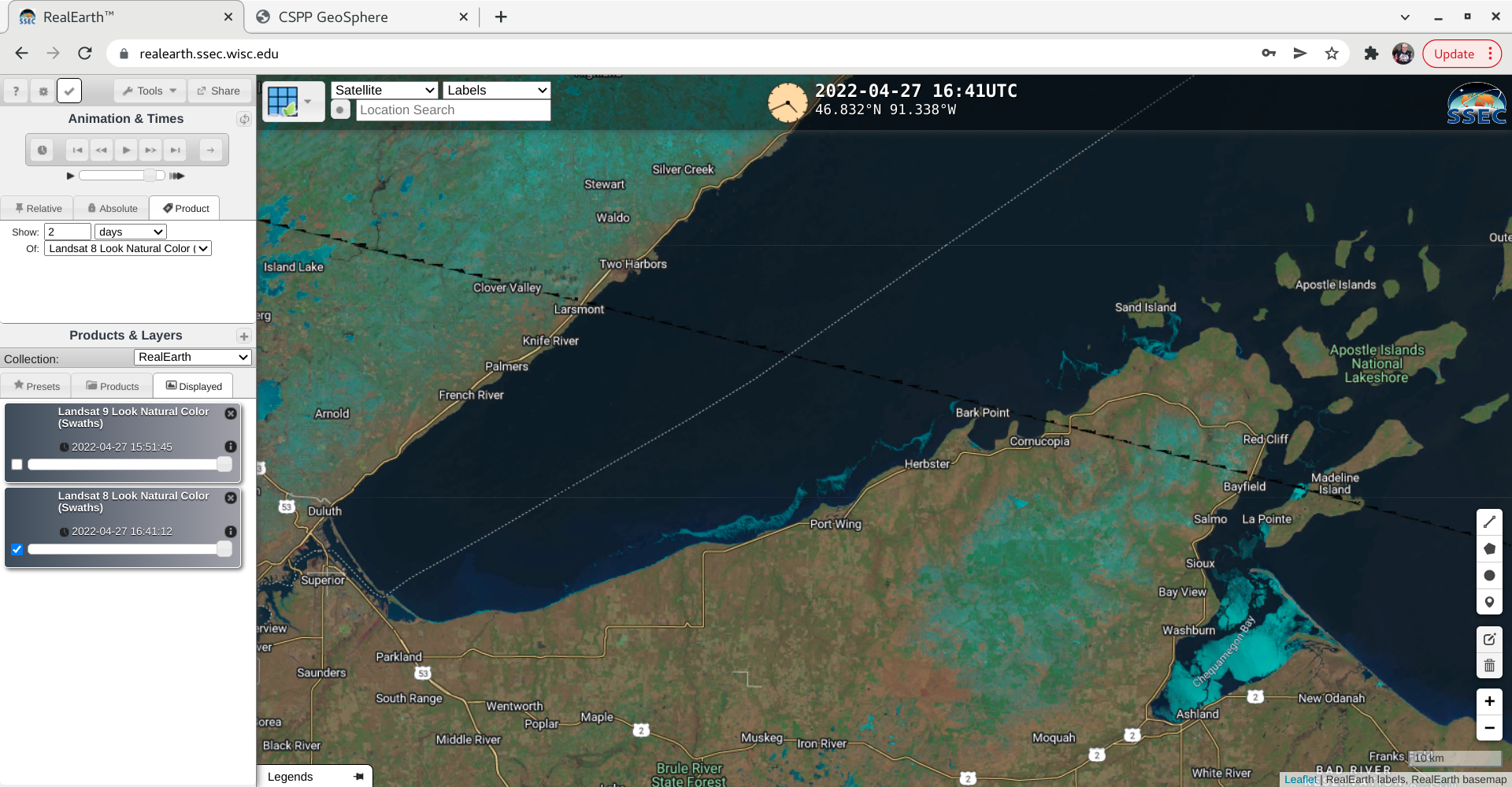 A 30-meter resolution Landsat-8 False Color image viewed using RealEarth (above) displayed thin filaments of ice (brighter shades of cyan) in far western Lake Superior, just off the northern coast of Wisconsin, on 27 April 2022. Chequamegon Bay in northern Wisconsin also had significant amounts of ice remaining from the winter months. Remnant snow cover (muted shades of cyan) was also apparent across much of northeastern Minnesota and parts of northern Wisconsin.

During the preceding overnight hours, a NOAA-20 VIIRS Advanced Clear-Sky Processing for Ocean (ACSPO) Sea Surface Temperature image around 0831 UTC (below) indicated that SST values were generally around 34oF (darker blue enhancement) in the portion of the lake north of the ice filaments. Farther to the east, the West Superior Buoy 45006 was reporting a SST value of 33oF at that time.

GOES-16 (GOES-East) True Color RGB images displayed using CSPP GeoSphere (below) showed that (1) the thin ice filaments just off the coast of Wisconsin were moving southwestward during the day, and (2) within Chequamegon Bay, significant ice fracturing began during the afternoon hours. 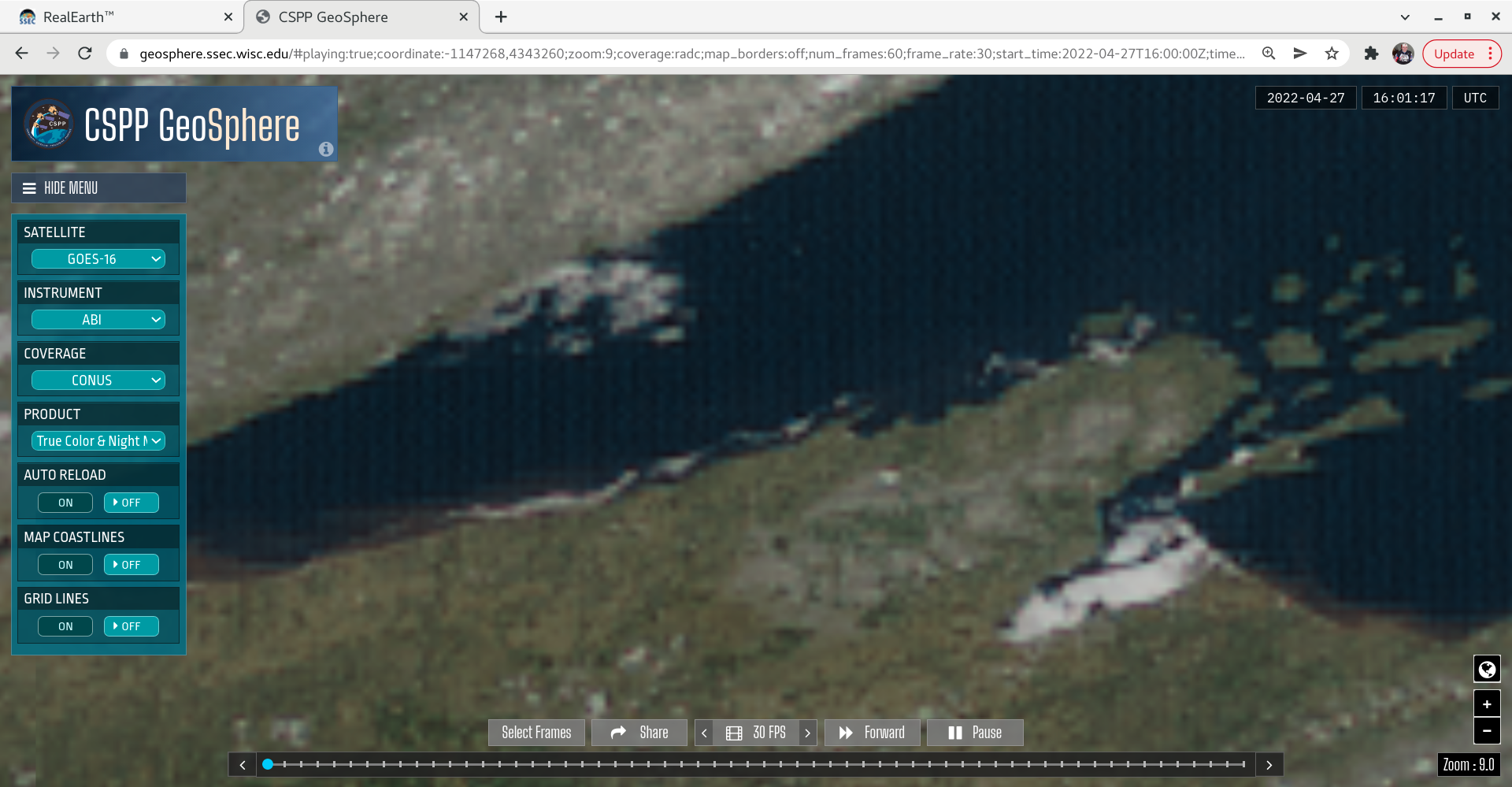 This ice filament motion and ice fracturing was the result of persistent northeasterly surface winds during the day, which gusted to 29 knots at Duluth Sky Harbor Airport (below).