The leading edge of the aerosol could also be seen in GOES-17 Near-Infrared “Cirrus” (1.37 µm) images (below). The presence of a very dry air mass over the region (rawinsonde data: Yakutat | Annette Island) allowed some of the lower-tropospheric aerosol to be sensed by this spectral band. 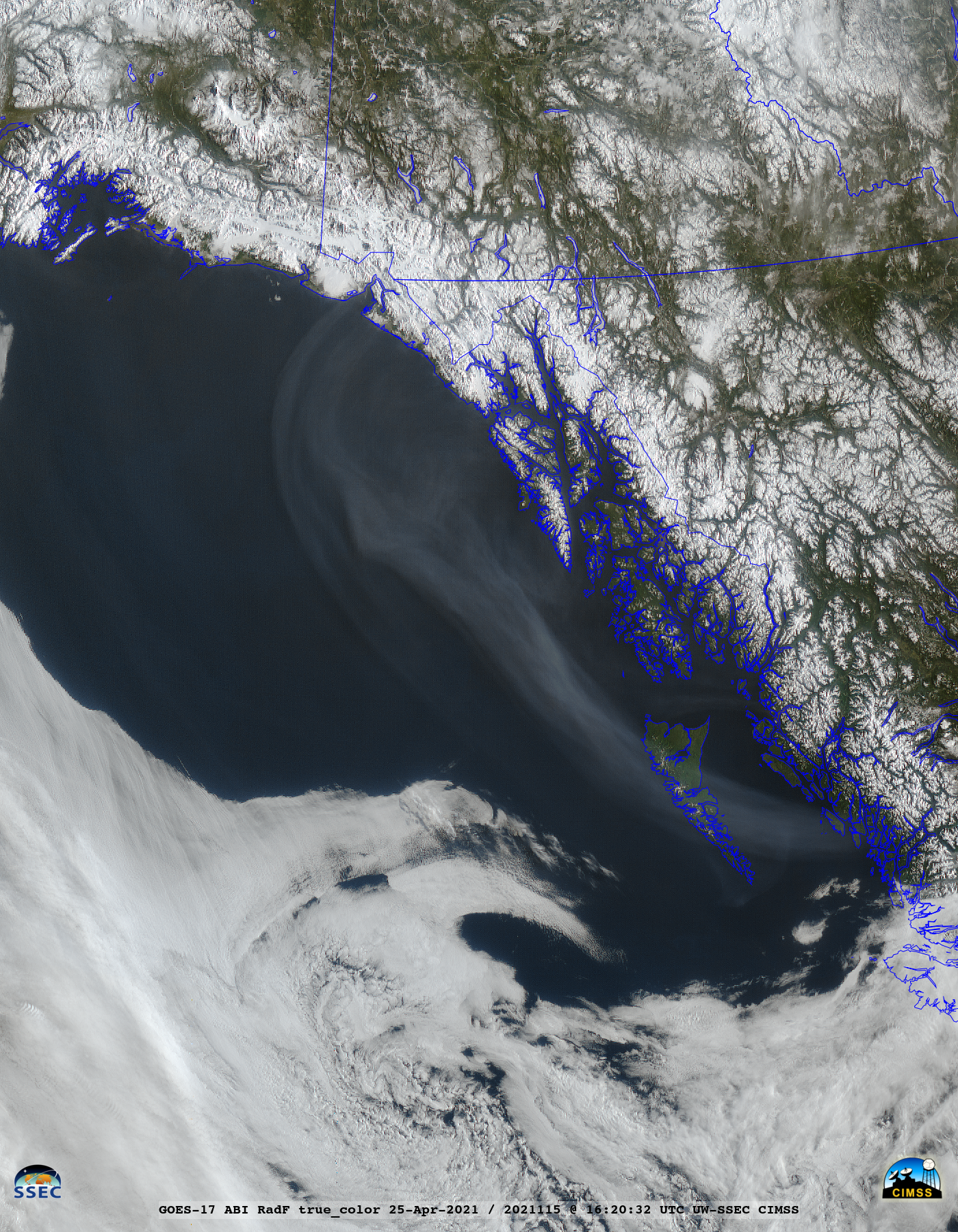 With ample illumination from the Moon (which was in the Waxing Gibbous phase, at 96% of Full),  the emergence of airborne particles off the Southeast Alaska coast was seen in a Suomi NPP VIIRS Day/Night Band (0.7 µm) image at 1221 UTC (below).