A Medicane (a portmanteau of Mediterranean and Hurricane) has developed in the central Mediterranean Sea, and moved northeastward through the Ionian Sea towards Greece and Albania. Daily snapshots of VIIRS true-color imagery, above, from NASA Worldview, show a slow increase in organization. (Previous CIMSS Blog Posts on Medicanes are here, here and here.) This Medicane was given the name ‘Ianos’.

There is an isolated region of small values of wind shear over this system (1800 UTC image from 17 September, from this website), as expected for a tropical storm.  An image of hourly CMORPH precipitation values, below, show heavy precipitation associated with the storm as well. 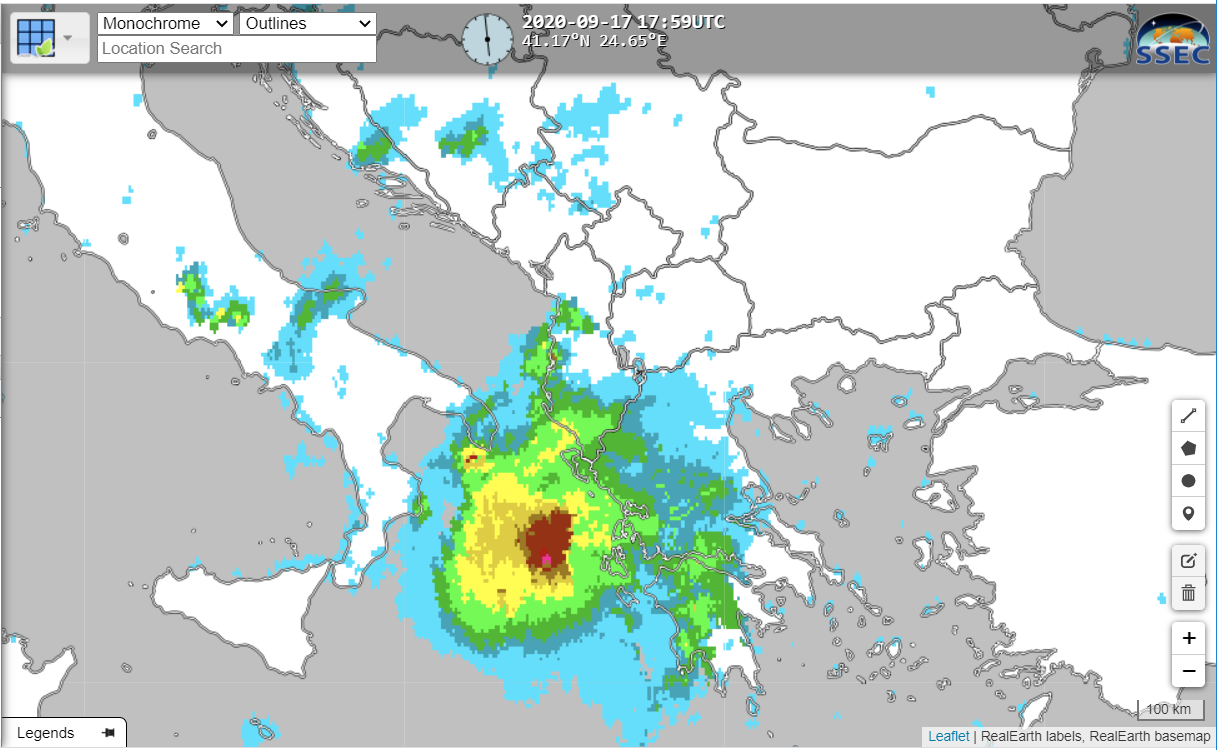 The ASCAT instrument on Metop-B observed a very tight cyclonic circulation on 16 September, as shown below (imagery from this site). 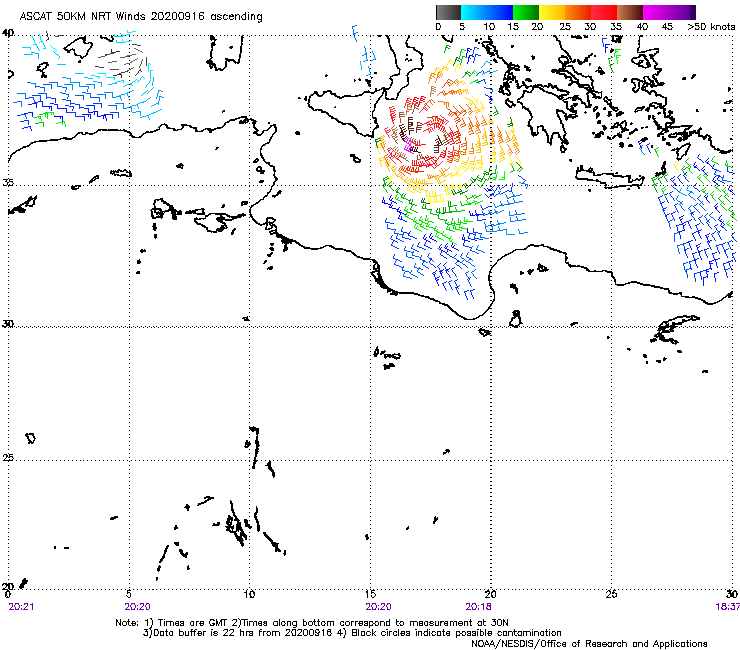 MIMIC Total Precipitable Water (TPW) (below, from this site) shows a compact swirl around the storm, with large values of TPW.

NASA’s IMERG product showed the heavy rain that was associated with this storm as it moved towards Greece.