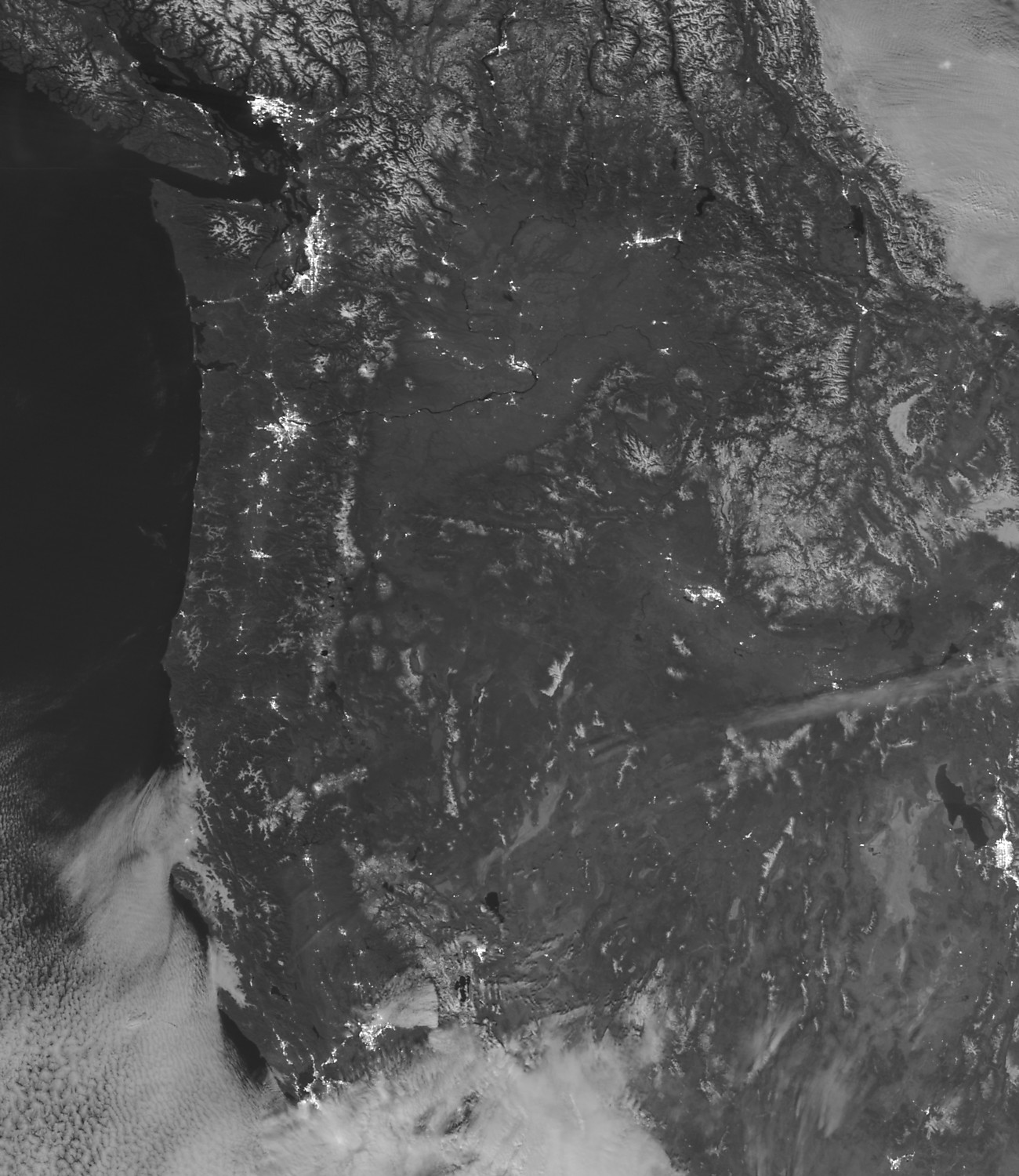 Ongoing work at CIMSS means a similar site for VIIRS imagery will soon be available, allowing access to full-resolution VIIRS imagery. For example, the Day-Night Band image above, during the Full Moon on 8 April 2020, is presented in one region of the USA — the Pacific Northwest just after 0900 UTC, on a clear night. The image below shows the midwestern United States at around 0700 UTC. (Reminder:  NOAA-20 Orbits can be viewed here). 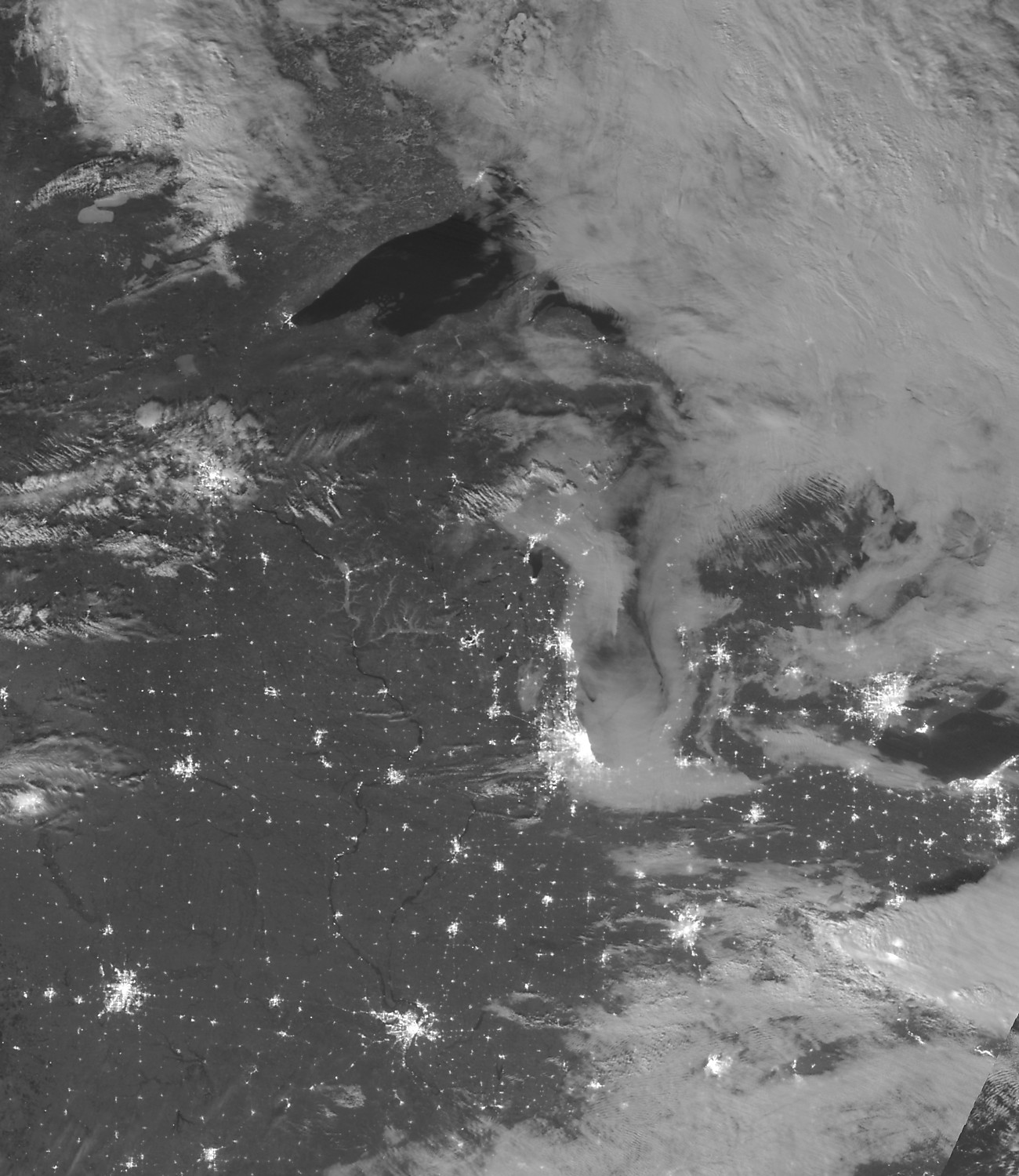