Signatures of the Alaska Range in GOES-17 Water Vapor imagery 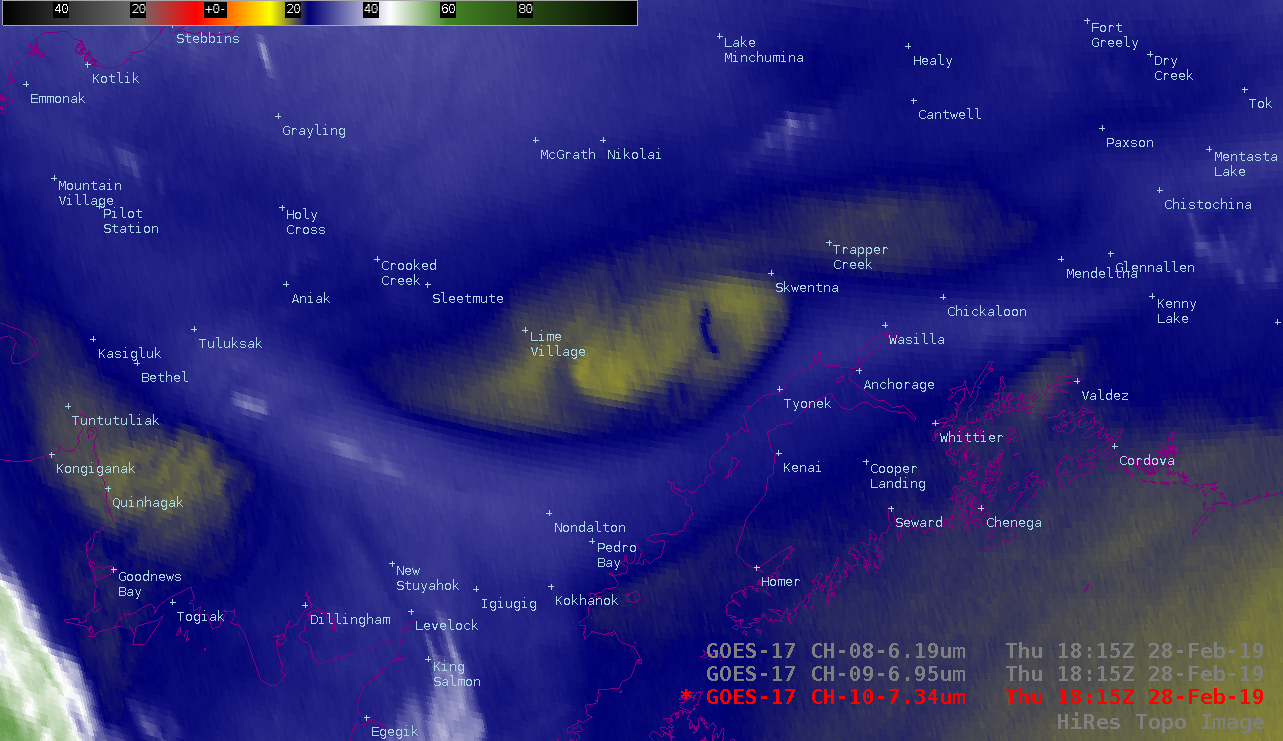 GOES-17 (GOES-West) Low-level (7.3 µm), Mid-level (6.9 µm) and Upper-level (6.2 µm) Water Vapor images (above) displayed subtle thermal signatures of some of the highest-elevation western and central portions of the Alaska Range on 28 February 2019. 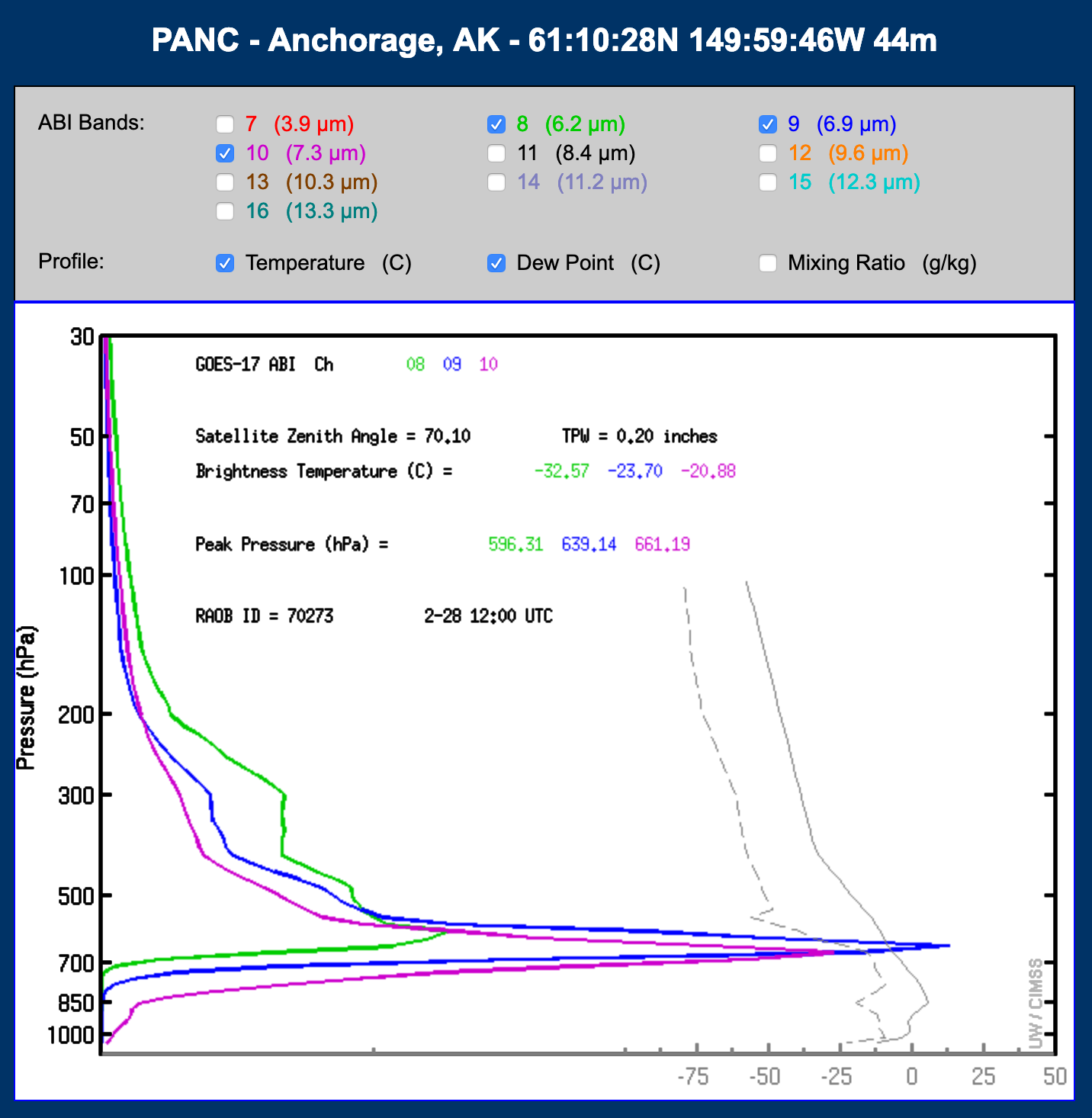 The dry air aloft helped to provide a remarkably cloud-free day over much of south-central Alaska, as seen in GOES-17 “Red” Visible (0.64 µm) images (below). In addition, an example of the transient spikes in daytime solar reflectance seen during this time of year was evident in the Visible imagery — note the brief brightening of a few of the images centered at 2115 UTC. Additional details about this effect are available here. 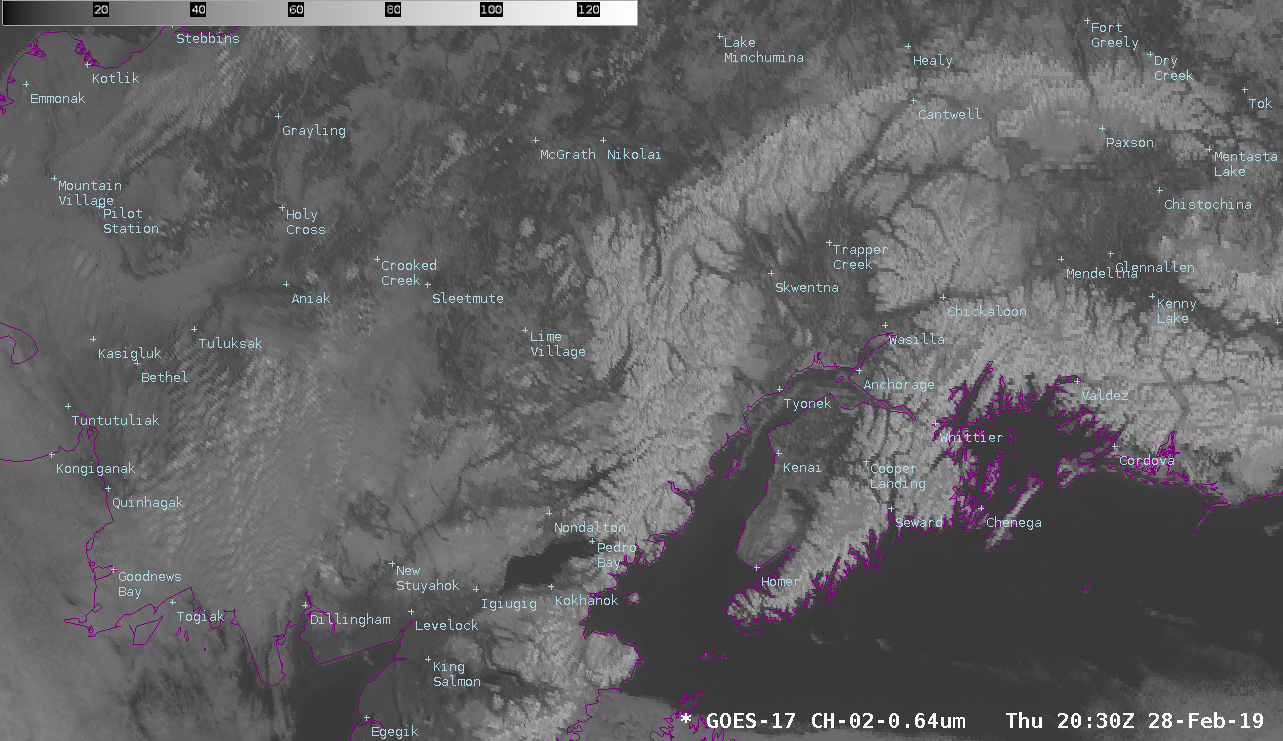 Just for fun, a closer look at the GOES-17 Visible imagery (below) revealed the tidal ebb and flow of drift ice within Cook Inlet and Turnagain Arm in the Anchorage area — and a similar diurnal flow of ice was also seen on the following day (animated GIF | MP4). 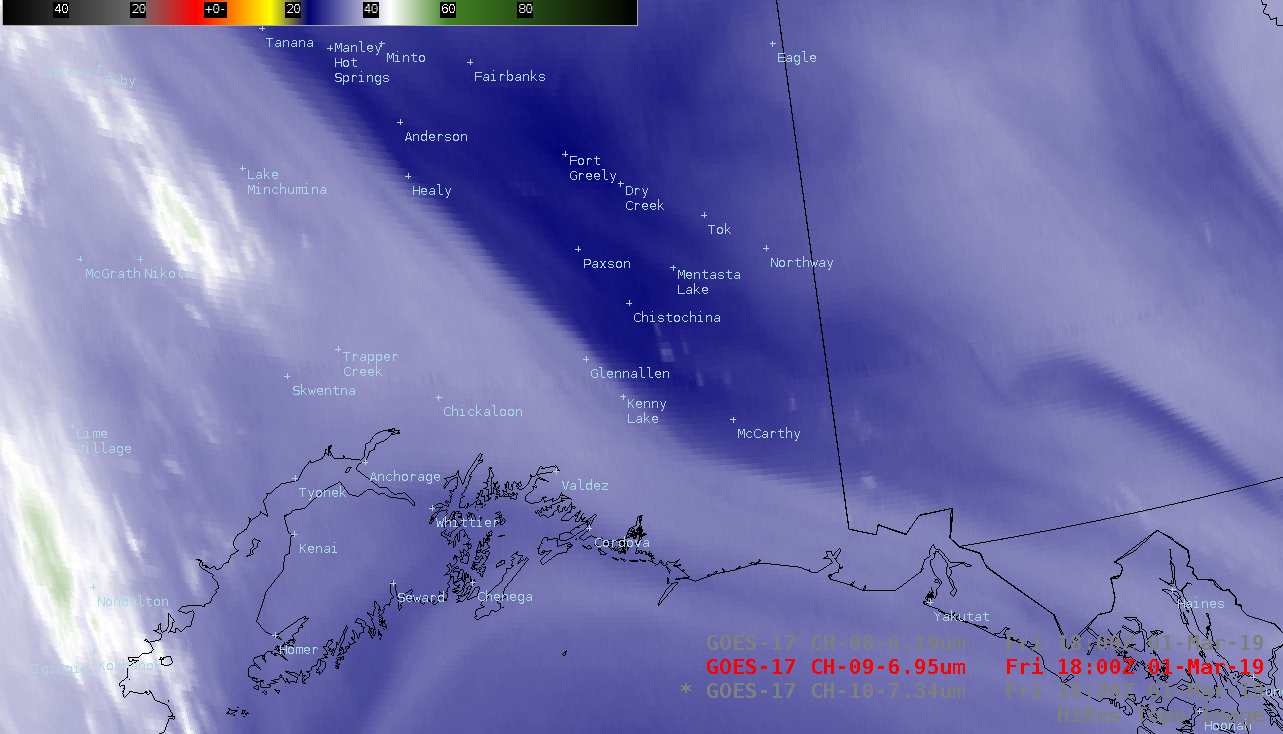 With a similar scenario to the previous day (but farther to the east), dry air aloft allowed thermal signatures of the highest summits of the eastern Alaska Range and the Wrangell Mountains to be apparent in GOES-17 Water Vapor imagery — even the Upper-level 6.2 µm band (above).

However, in this case the Water Vapor weighting functions derived using rawinsonde data from nearby Anchorage were not representative of the pocket of dry air farther east over the mountains. An increase in the moisture profile — especially within the mid/upper troposphere — shifted the weighting functions to higher altitudes, due absorption and re-emission by that higher-altitude (and colder) moisture. Note how the weighting function contributions centered around the 300 hPa pressure level increased during the 24 hours from 12 UTC on 28 February to 12 UTC on 01 March, while the relative contributions decreased within the 500-700 layer (below).

An overpass of the Suomi NPP satellite provided a number of NUCAPS sounding profiles across this region (below). 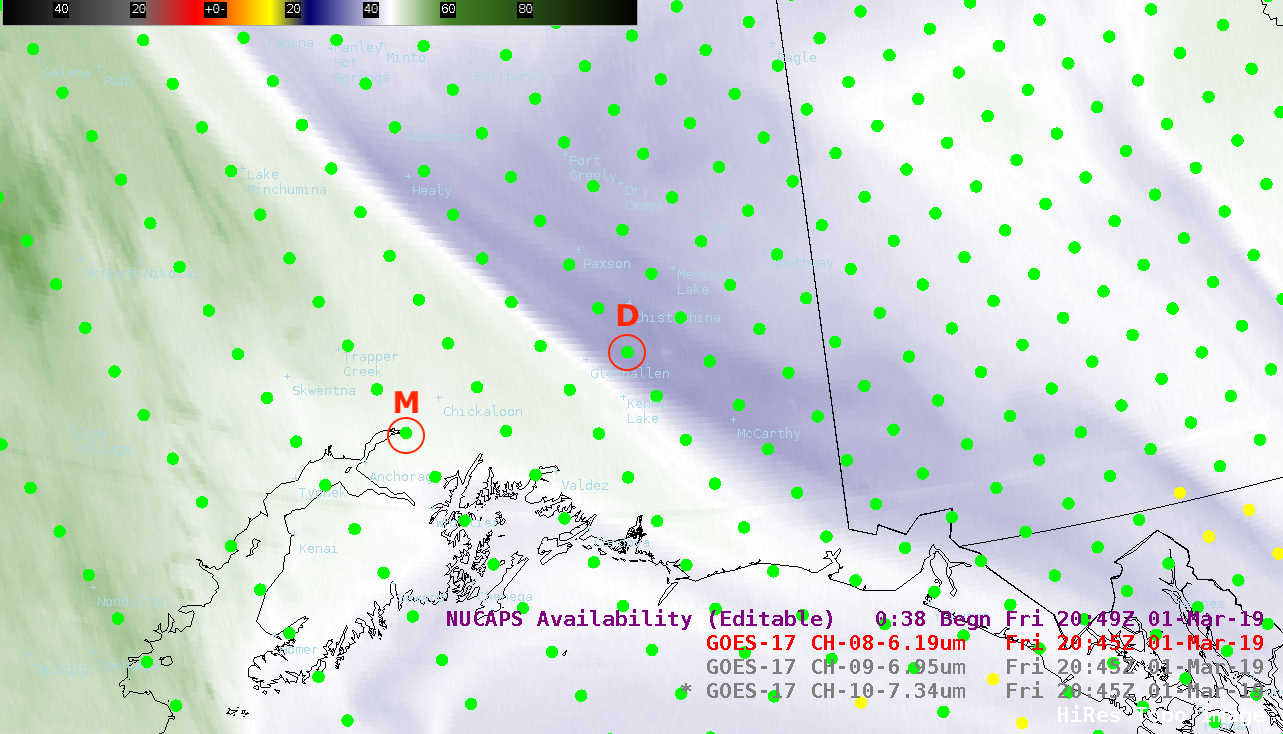 A comparison of a dry NUCAPS sounding over the mountains (Point D) with a moist sounding near Anchorage (Point M) is shown below. As shown here, the moisture profile of the NUCAPS Point M sounding was similar to that of the 12 UTC Anchorage sounding.