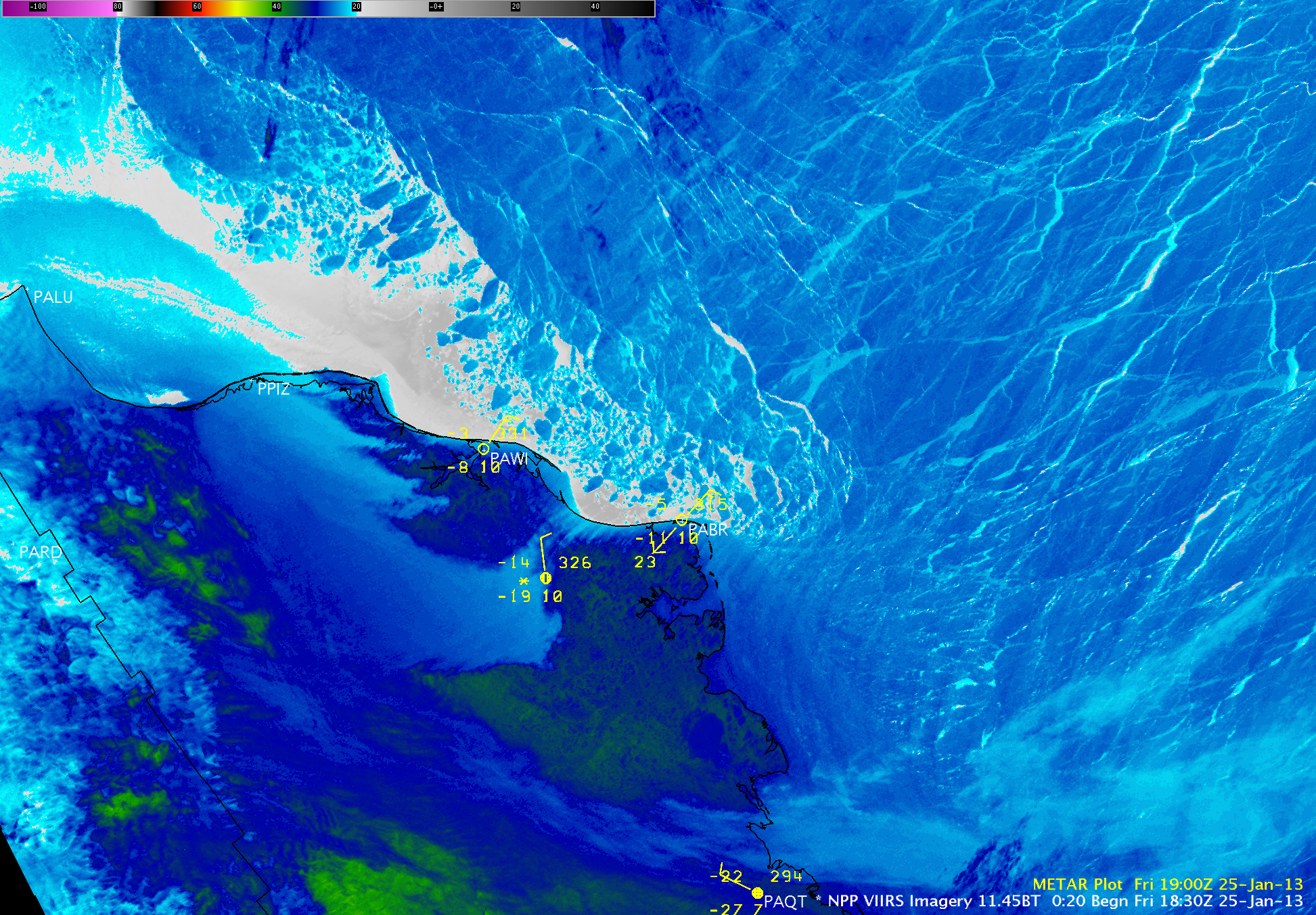 AWIPS II images of 375-meter resolution Suomi NPP VIIRS 11.45 Âµm IR channel data (above; click image to play animation) revealed a surprising amount of sea ice motion in the vicinity of Barrow, Alaska (station identifier PABR) during the 30-hour period between 12:14 UTC on 24 January and 18:30 UTC on 25 January 2013. Large sea ice features with several ice leads and fractures can be seen moving southward against the land-fast ice to the east of Barrow — while to the west of Barrow, strong winds were helping to break the sea ice into smaller ice floes and transport them rapidly westward.

Suomi NPP VIIRS imagery is now being broadcast at the full native 375-meter resolution over the new “POLARSAT” NOAAPORT SBN channel (currently only available for the Alaska Region), for display in the next generation of AWIPS (AWIPS II).