When two tropical cyclones are within close proximity to each other, they will typically start a rotation around a common center. This interaction, called the Fujiwhara Effect, may be occurring in the image loop above. Typhoon Bolaven approaches Typhoon Tembin, and the distance between the two reaches a minimum on 23 August, after which time Tembin moves west and Bolaven moves northwest. Subsequent to Bolaven’s recurvature over the Korean peninsula, Tembin moves northward into midlatitudes as well. 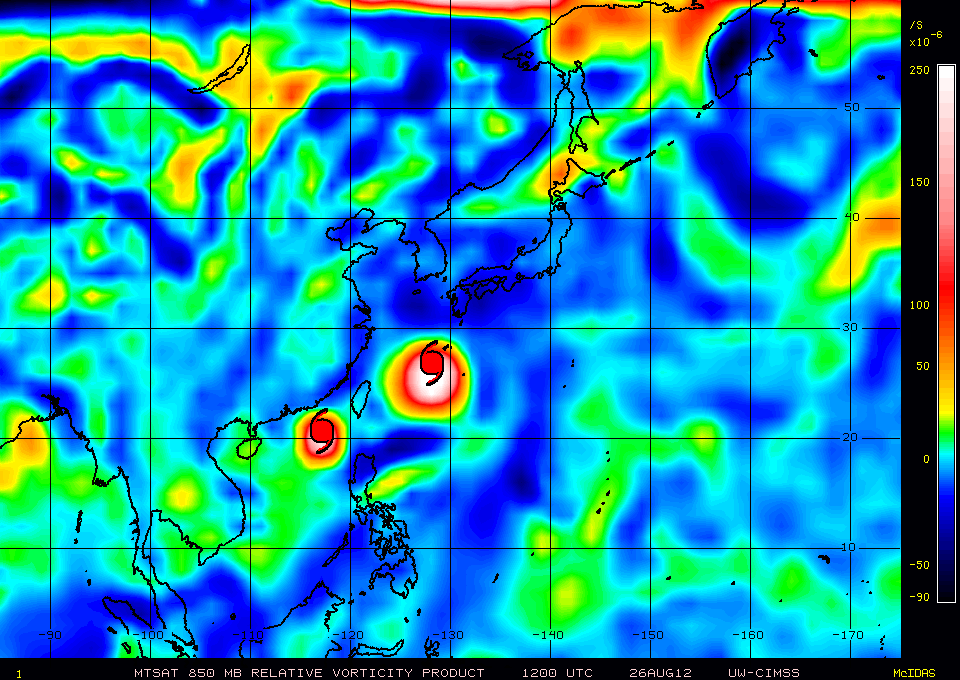 The CIMSS Tropical Website includes 850-mb vorticity analyses. A 10-day loop that shows the motion of Tembin and Bolaven is shown above.