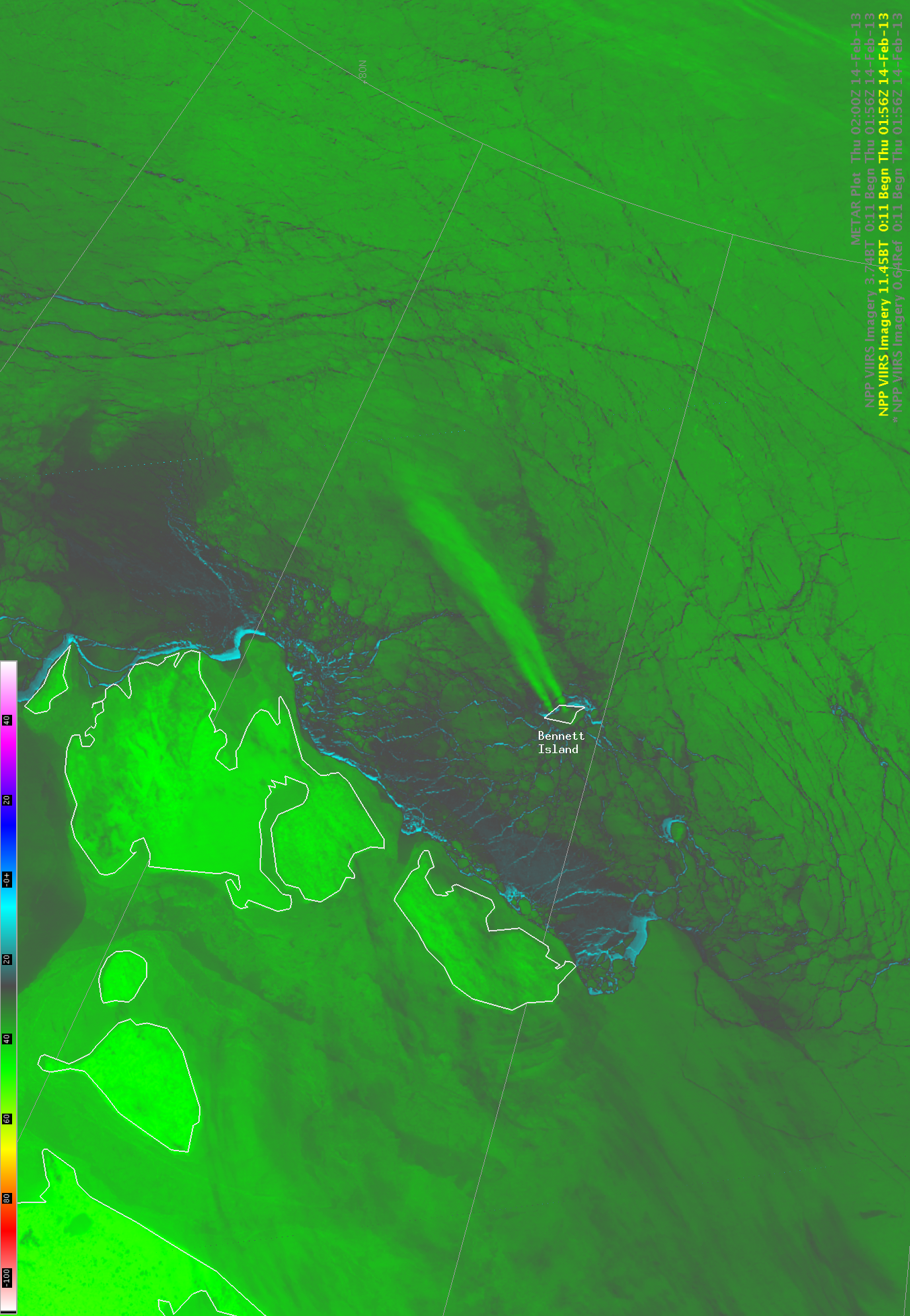 AWIPS II images of 375-meter resolution Suomi NPP VIIRS 11.45 Âµm IR channel images (above; click image to play animation) captured an example of a “Bennett Island cloud plume” off the north coast of Siberia on 13-14 February 2013. Minimum IR brightness temperature values reached -51 C during the early stages of plume development. Due to the orientation of the AWIPS II Northern Hemisphere map projection, the images were rotated 90 degrees to the left, so that North was approximately toward the top of the images. Full-resolution (375-meter) VIIRS data are now being distributed to Alaska Region AWIPS II users. 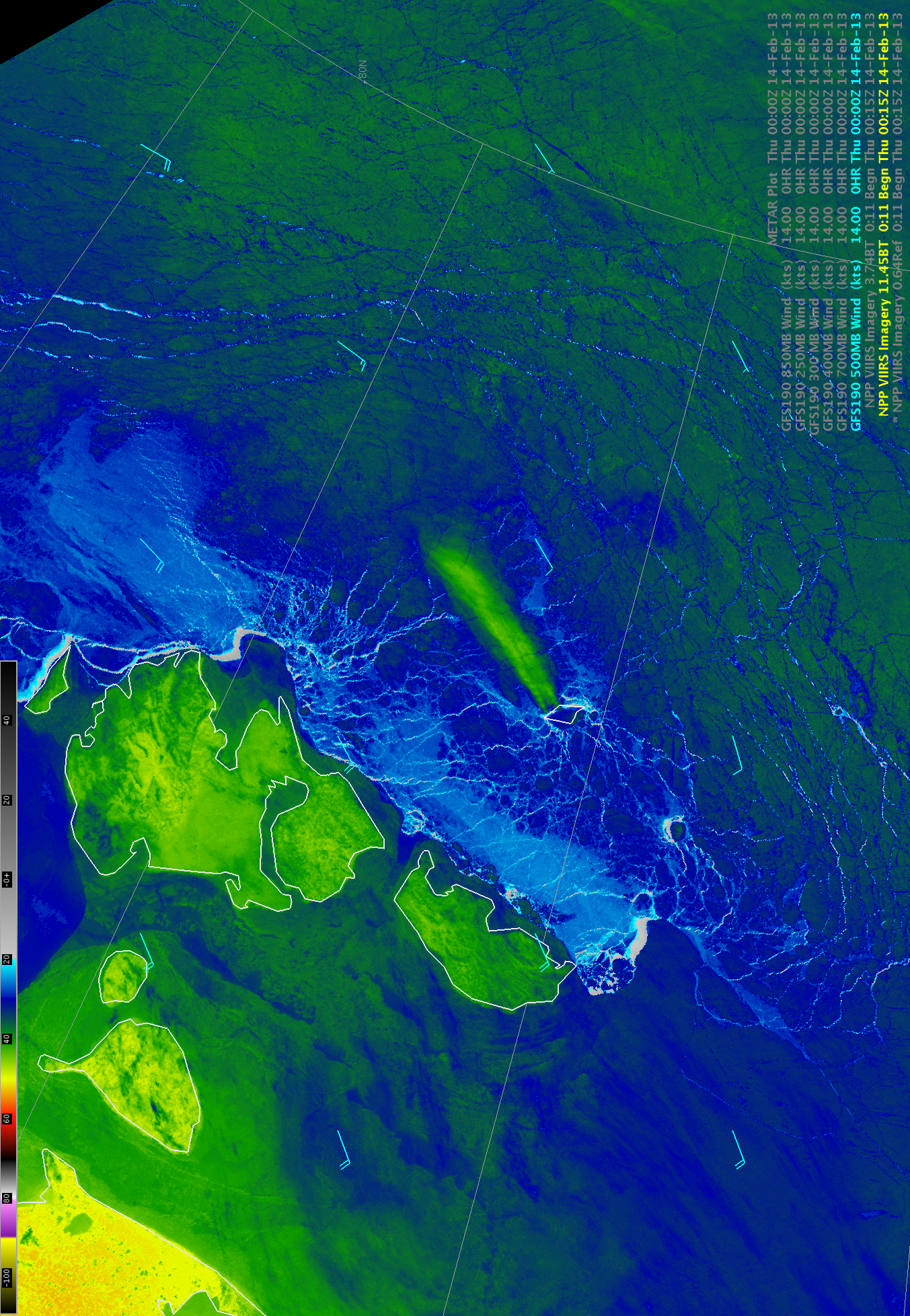 A VIIRS IR image with an overlay of GFS190 model 500 hPa winds (above) showed a generally light southeasterly flow of 10-20 knots across the region. This was in good agreement with rawinsonde data (below) from the Chokurdah, Russia site (located south of Bennett Island, over northern Siberia).