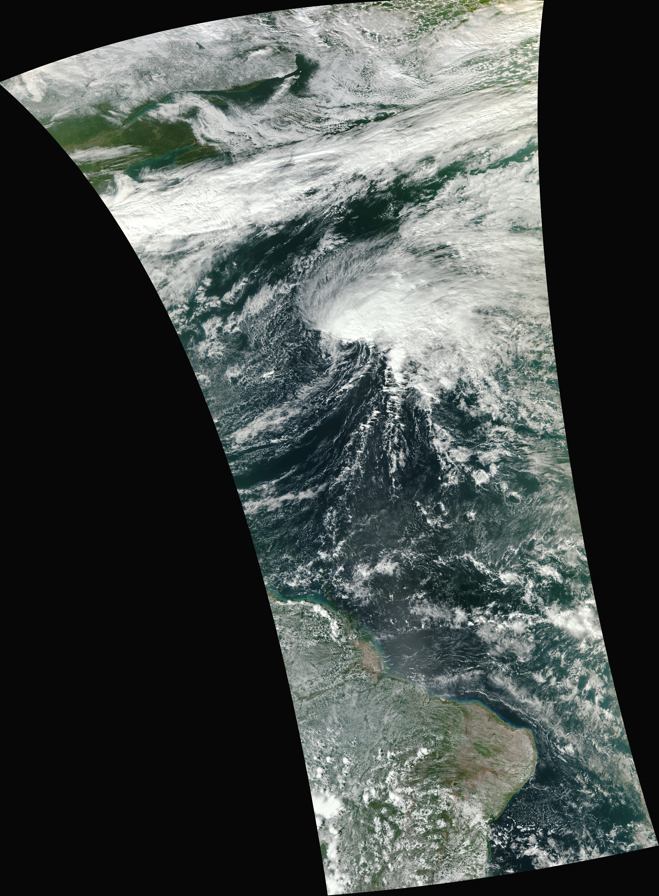 The VIIRS instrument on NASA’s recently-launched NPP satellite began to acquire imagery on 21 November 2011 (NASA news release). True Color Red-Green-Blue (RGB) images from two of the early satellite passes are shown, which cover a swath from Brazil to eastern Canada from 16:10 to 16:35 UTC (above) and another swath covering much of eastern North America from 18:00 to 18:15 UTC (below). 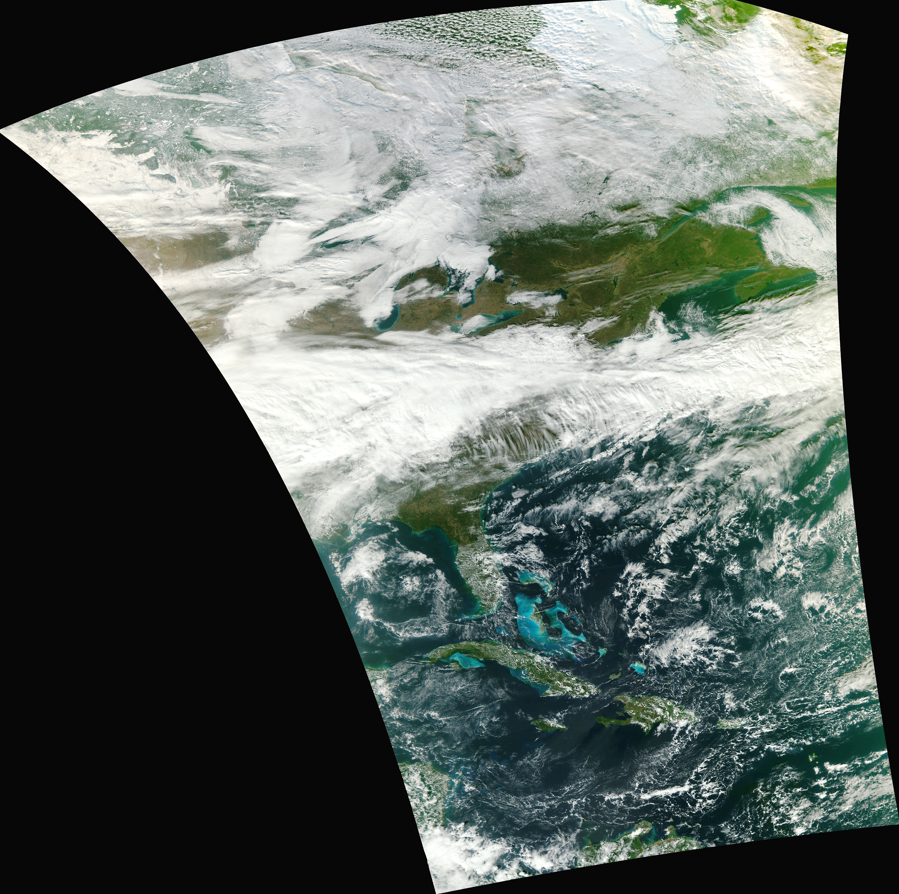 A VIIRS RGB image covering parts of western Australia from 05:35 to 05:45 UTC on 22 November can be seen below. 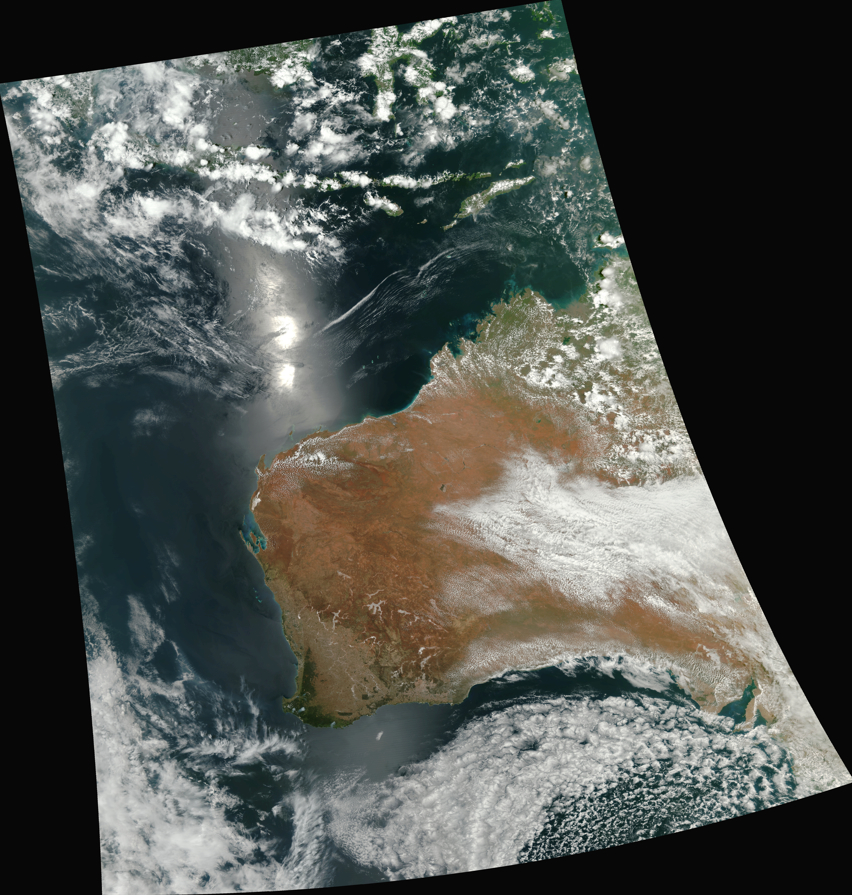 Images created at the Space Science and Engineering Center (SSEC), University of Wisconsin-Madison by the NASA NPP Atmosphere PEATE Team.

Additional NPP VIIRS images can be found on the VIIRS Imagery and Visualization Team site at CIRA/RAMMB.