A sequence of GOES-16 (GOES-East) Low-level (7.3 µm), Mid-level (6.9 µm) and Upper-level (6.2 µm) Water Vapor images (above) revealed a subtle wave propagating westward — against the ambient flow within the mid/upper-tropospherc (500 hPa | 300 hPa) — across far eastern Georgia during the afternoon and evening hours on 14 March 2020. There was a “back door cold front” (surface analysis) moving inland from the coast — so this was likely a vertically-propagating frontal gravity wave, similar to those occasionally seen lee of the Rocky Mountains. Although they are less common in this region, another cold frontal gravity wave was observed along the East Coast in April 2008.

Plots of GOES-16 Water Vapor weighting functions calculated using rawinsonde data from Charleston, South Carolina, Jacksonvlle, Florida and Peachtree City, Georgia are shown below. With abundant moisture aloft, much of the sensed radiation was from middle to upper troposphere — giving an indication of the depth of these vertically-propagating frontal gravity waves.. 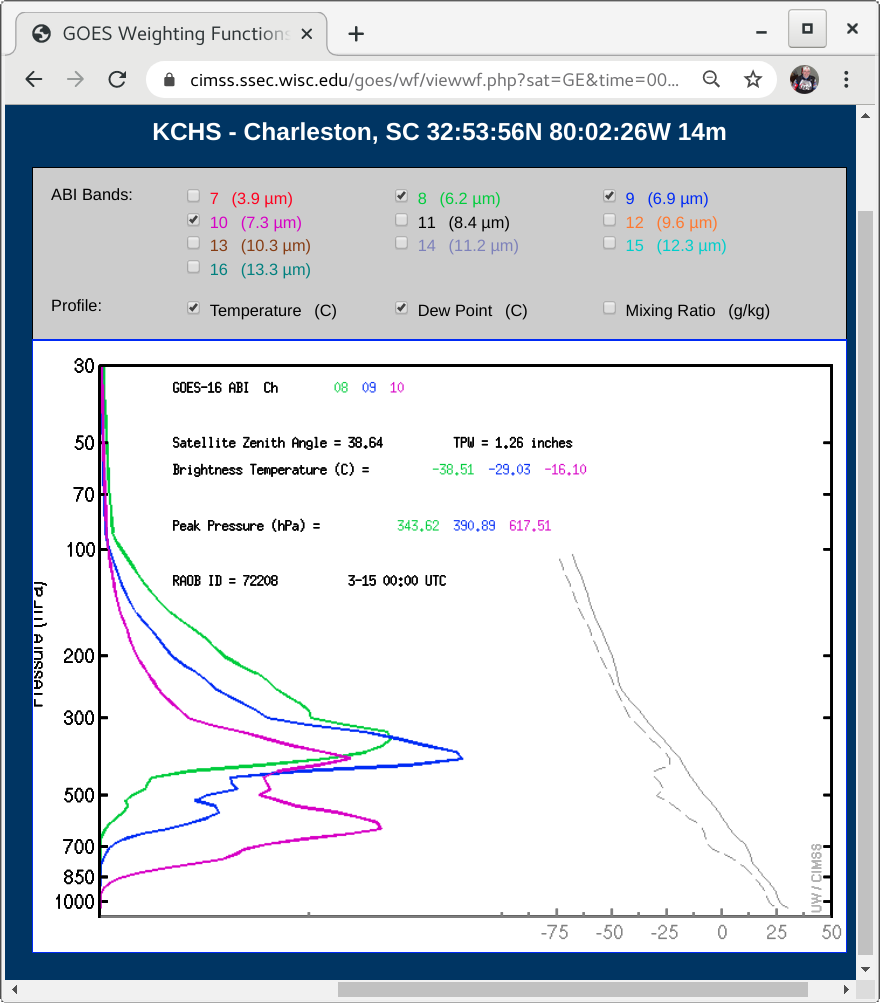 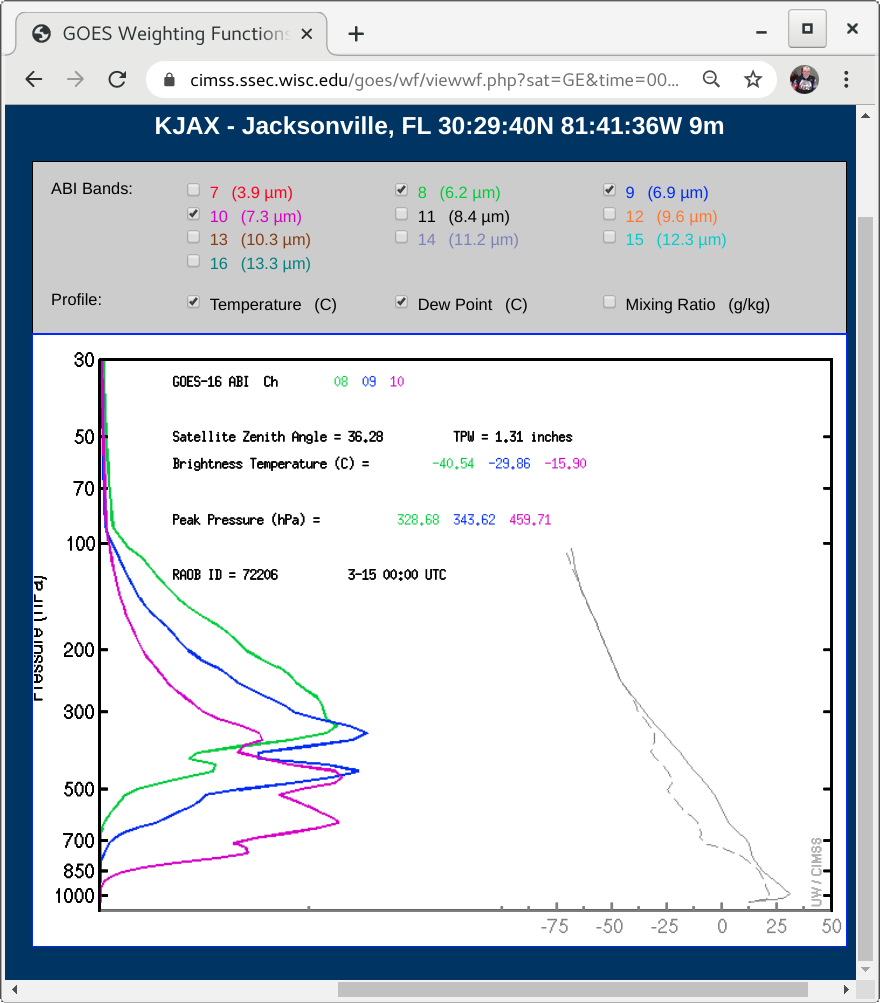 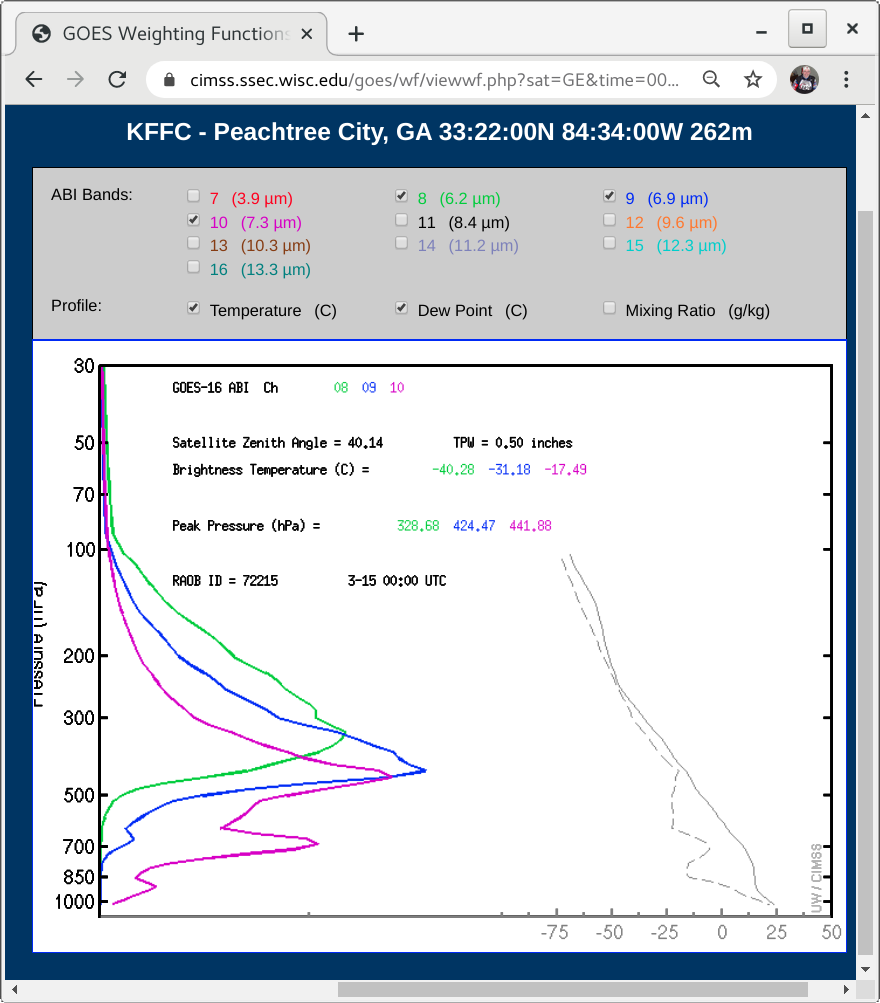