Snow melt across the Upper Midwest

GOES-16 (GOES-East) Near-Infrared “Snow/Ice” (1.61 µm) images (above) revealed a darkening signature resulting from a brief period of snow melt during the daytime hours on 12 March 2019. As a southerly flow of warm air (coupled with abundant solar insolation) began to melt the top surface of the deep snow cover, its “water to ice crystal” ratio increased — making it appear darker, since water is a stronger absorber of radiation at the 1.61 µm wavelength. The northward progression of this snow melt signature was most obvious across eastern South Dakota into eastern North Dakota and far western Minnesota, but was also evident in western parts of the Dakotas as well as downwind of the Turtle Mountains along the North Dakota / Manitoba border.

GOES-16 Snow/Ice images centered over the North Dakota / South Dakota / Minnesota border region (below) provided a closer view of the progressive northward darkening of this snow melt signature. Also of interest was a packet of standing waves to the lee (northeast) of the Coteau des Prairies — downsloping flow contributed to localized warming and melting at that location early in the day. The effect of the arrival of southwesterly downslope flow at Sisseton (located approximately midway between Browns Valley and Veblen) was very apparent in a time series of surface data. In contrast, the warm-up was much more gradual and the wind speeds significantly lighter not far to the west at Aberdeen. 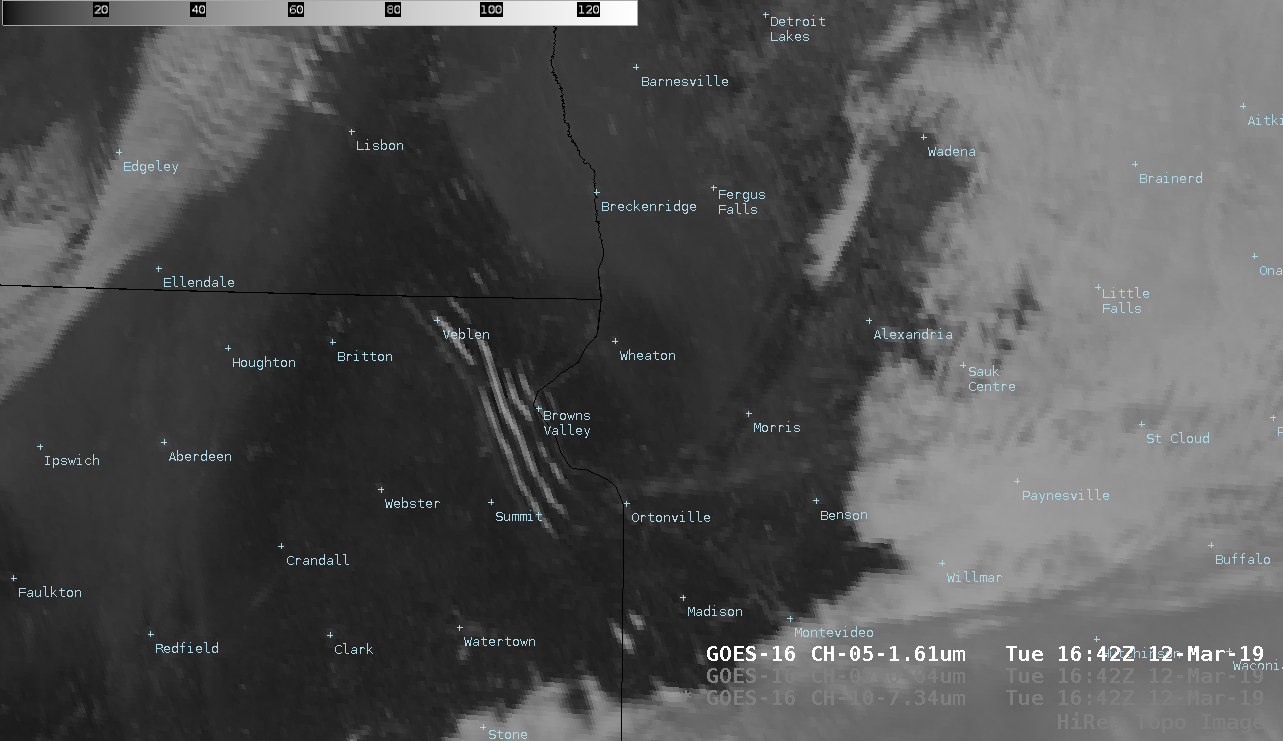 An animation that cycles through GOES-16 Low-level Water Vapor (7.3 µm), “Red” Visible (0.64 µm) and Near-Infrared “Snow/Ice”  images is shown below — the standing waves were also evident in the Water Vapor imagery. 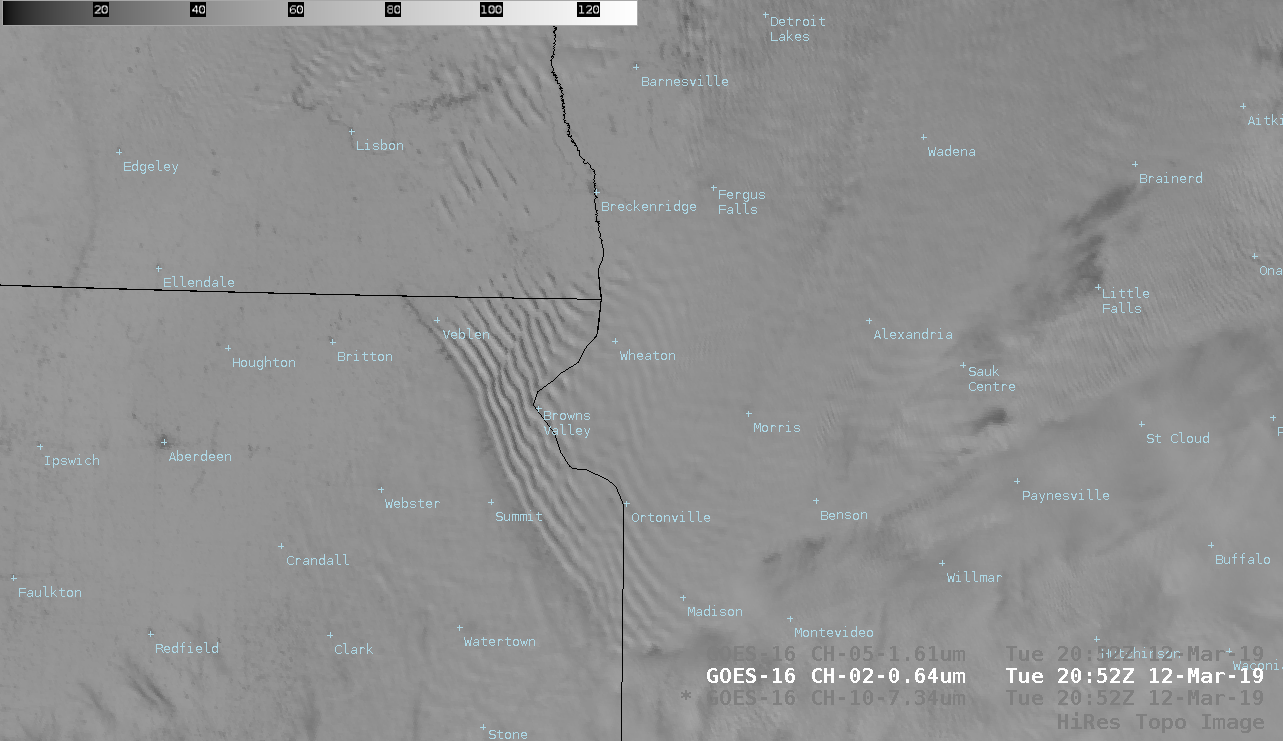 Hat tip to James Hyde for bringing this interesting signature to our attention.

Interesting satellite microphysics going on today on lee side of the Coteau de Prairie. Rotors coming off the Coteau I believe are mixing down warm air and melting the surface layer of the snow changing the reflective properties in Band 5. @CIMSS_Satellite @UWCIMSS @weatherdak pic.twitter.com/tL0SI51405