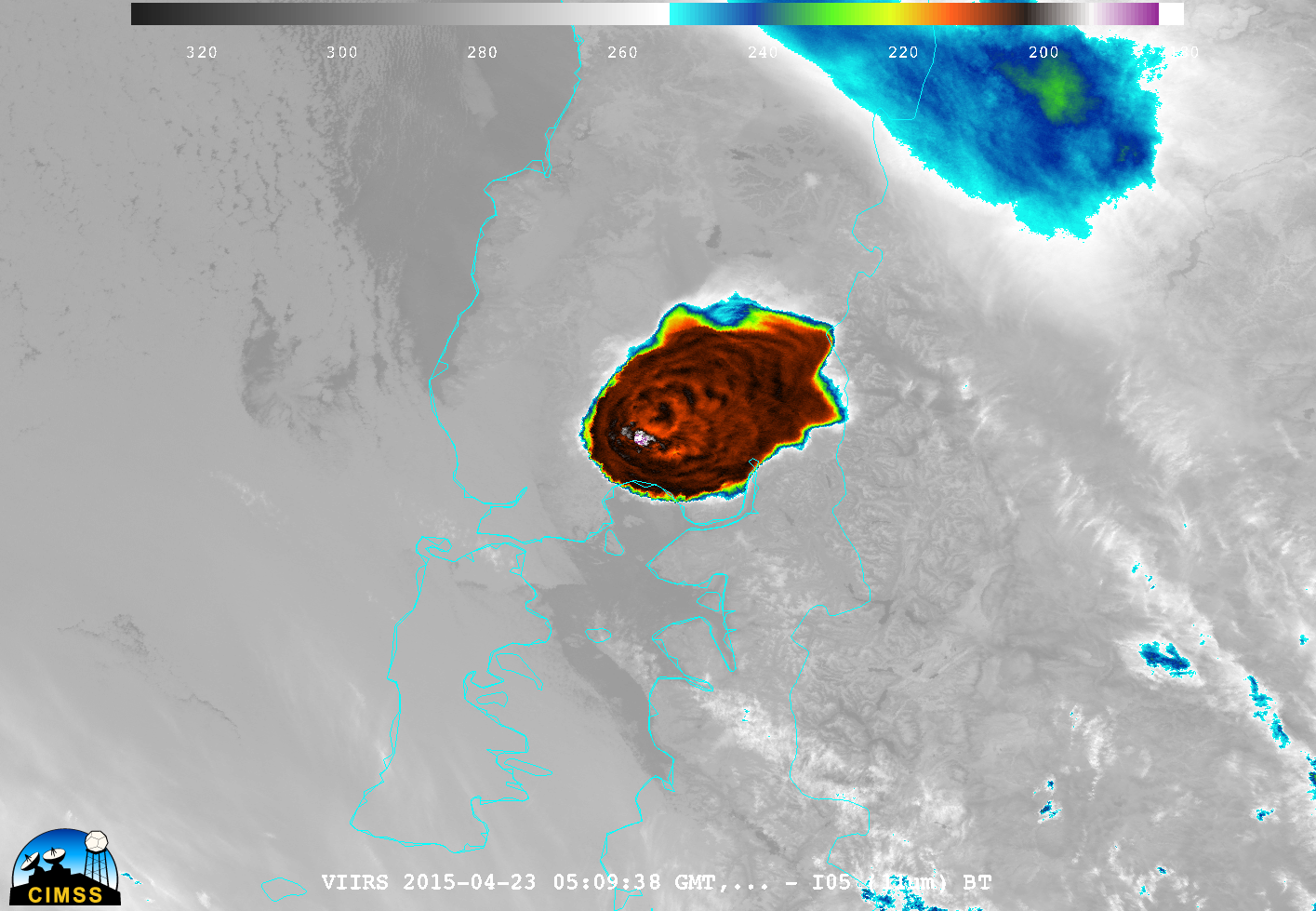 Suomi NPP overflew the erupting Calbuco Volcano in southern Chile around 0509 UTC or 2:09 am local time on 23 April 2015. The image above is the VIIRS 11.45 µm infrared imagery (click here for a similar view).

The shock of the volcanic eruption generated mesospheric gravity waves (or “mesospheric airglow waves”) that were evident in the Day/Night Band, shown in the toggle below between the 11.45 µm and the night-time visible imagery. No lunar illumination was present, so the waves were apparent via the Earth’s airglow as the primary light source; this “night glow” is emitted from a variety of high-altitude (80-105 km) gases located near the mesopause (reference).