Fog over the southeast US 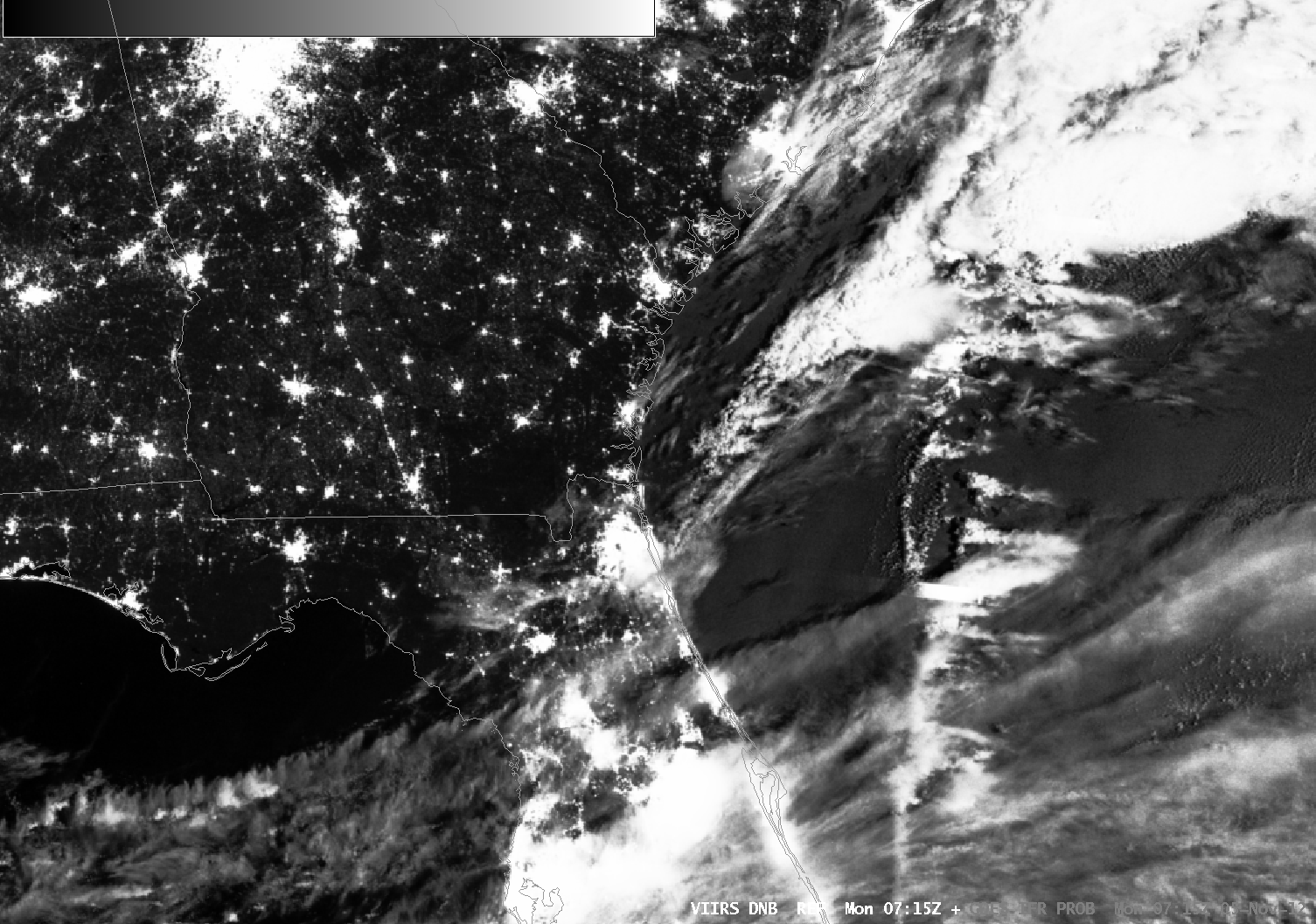 The animation above, showing the VIIRS Day/Night Band on Suomi NPP, as well as the GOES-R IFR Probability field that fuses together information from GOES-East and the Rapid Refresh, is offered as testimonial to the use of the Day/Night band in detecting the presence of low clouds. The Day/Night Band (that is “night-time visible”, which band uses reflected moonlight as an illumination source) and the 6.5-Âµm water vapor imagery and the traditional brightness temperature difference (10.7 Âµm – 3.9 Âµm) both show the presence of high-level cirrus over central and southern Florida. This high cloud deck will prevent the traditional fog detection algorithm from returning a useful signal. The comparison between the DayNight Band and the IFR probabilities is especially simple using this simple applet. Where the IFR Probabilities are large in regions free of cirrus, the Day/Night band does suggest the presence of clouds. As with other methods using satellites to detect fog, whether of not the cloud is at the surface is difficult to discern. Note that IFR Probabilities are smaller underneath the cirrus clouds. Both predictors — satellite and Rapid Refresh — must show strong signals for the highest IFR probability to occur, and that cannot happen underneath a cirrus canopy.

More examples of the GOES-R Fog detection algorithm, including a more detailed write-up on this Florida case, can be found at the Fog Blog. A Day/Night band image over the southeast with limited fog over coastal South Carolina and northern Florida is here.