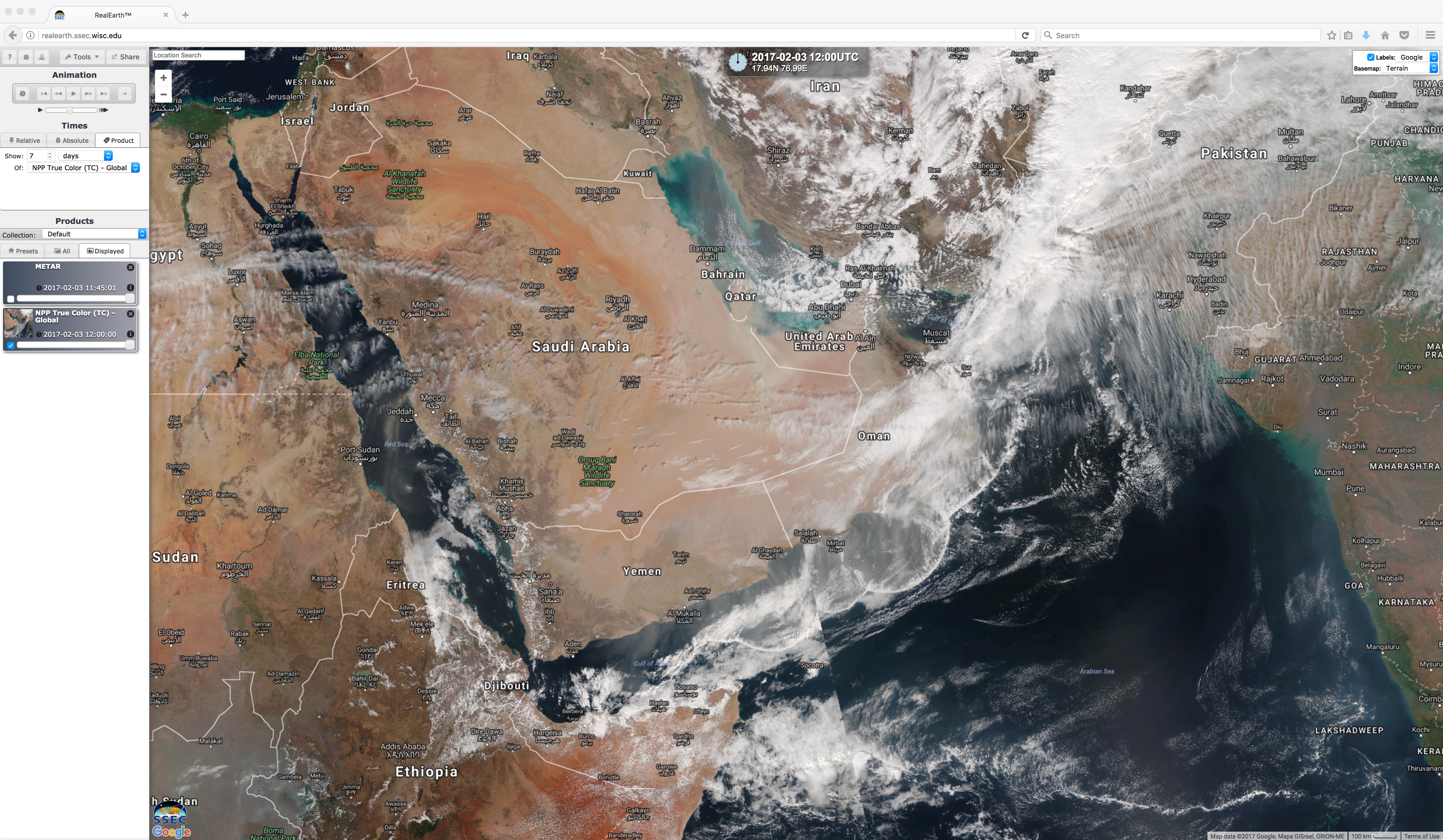 A Shamal Wind event affected the Persian Gulf and the Arabian Peninsula during the first few days of February 2017, as a strong cold front moved southward across the region. Daily composites of Suomi NPP VIIRS true-color Red/Green/Blue (RGB) images (source: RealEarth) during the 31 January – 05 February period (above) showed blowing dust eventually moving off the coast of Yemen and Oman and across the Gulf of Aden and the Arabian Sea (note the cold frontal arc clouds on 03 February). The strong Shamal winds on 03 February forced a suspension in the Dubai Desert Classic golf tournament the cancellation of Stage 4 of the Tour of Dubai bicycle race (Dubai meteorogram).

The cold air associated with the Shamal wind was especially evident at locations along the Persian Gulf during the 01-04 February period (below) — for example, the daily maximum temperature at  Abu Dhabi in the United Arab Emirates on 01 February was 31ºC (88ºF), while it was only 18ºC (64ºF) on 03 February. At Doha in Qatar, their minimum temperature was 9ºC (48ºF) — their all-time minimum is 4ºC (39ºF). Snow fell in the Oman / United Arab Emirates border lands, with 10 cm (3.9 inches) reported at Jabal Jais. In addition to Abu Dhabi, blowing dust/sand also restricted surface visibility to 2 miles or less at locations such as Abumusa Island and Fujairah. 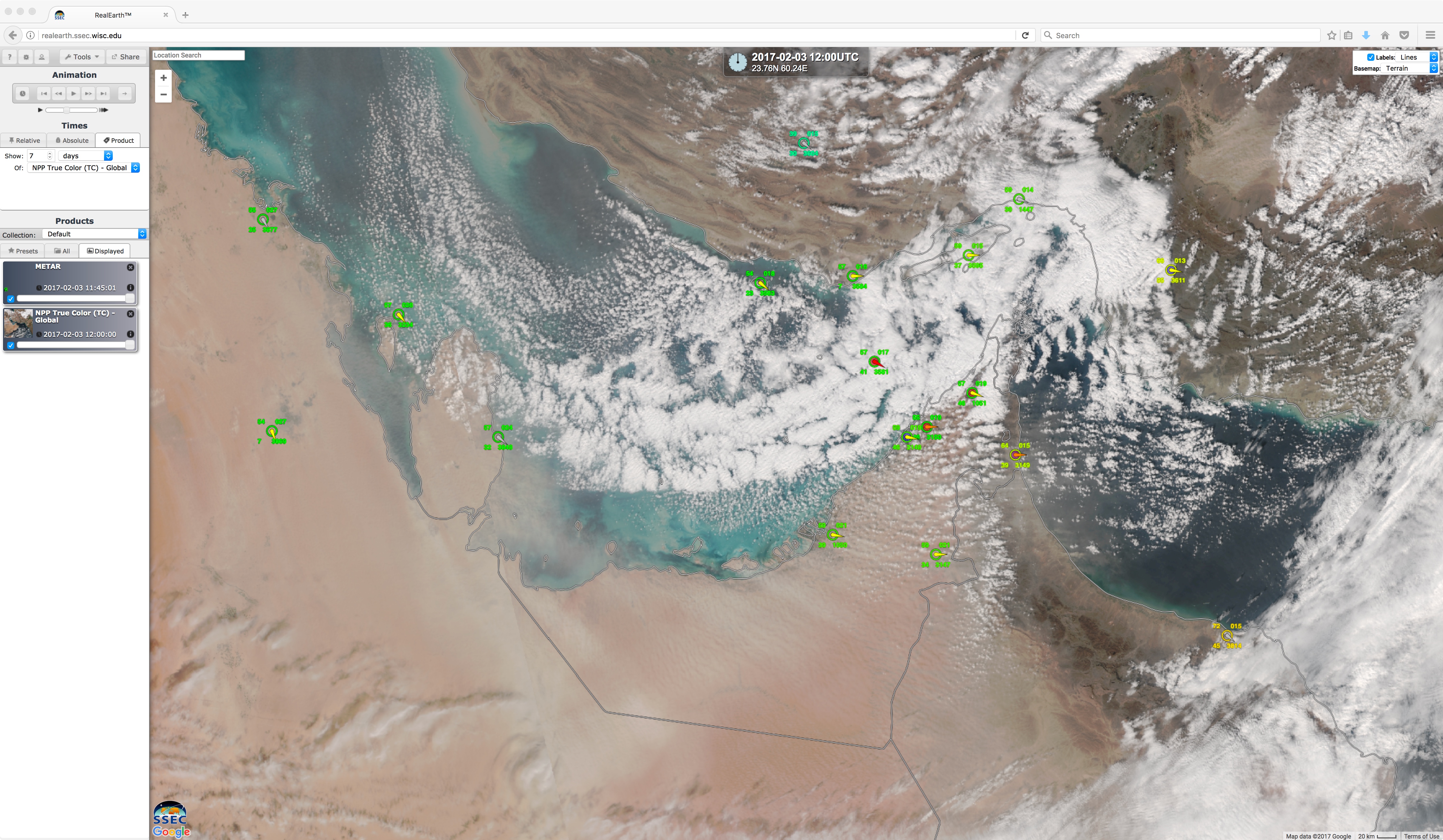