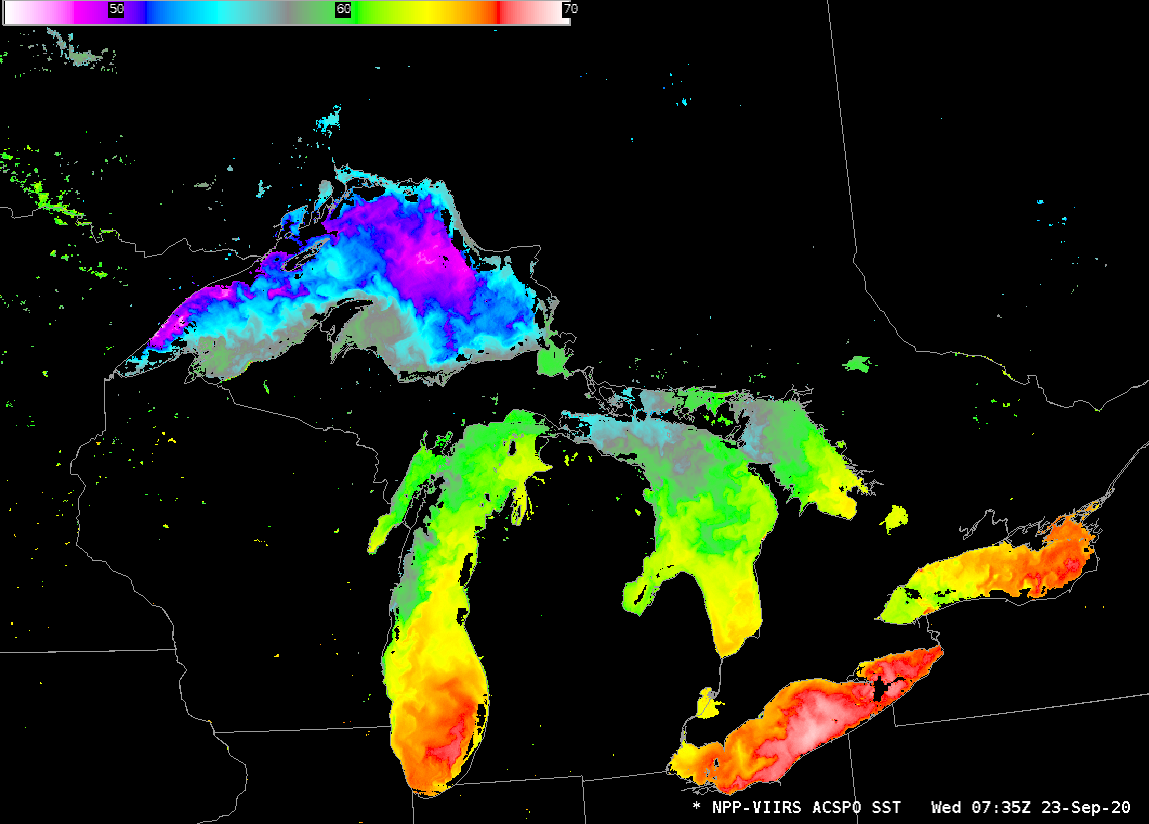 Great Lakes lake surface temperatures, 0735 UTC on 23 September 2020, as well as zoomed-in views of the individual lakes (Click to animate)

Suomi-NPP’s descending pass at ~0730 UTC (shown here, from this site), had an ideal path — moving south from far eastern Upper Michigan to western Lower Michigan — to view all five Great Lakes.  Sprawling High Pressure and the attendant clear skies meant that a good basin wide view of the lake temperatures was observed, as shown above. (DB imagery from this pass is also available for a short time at the CIMSS DB ftp site) These ACSPO (Advanced Clear-Sky Processor for Ocean) SST fields are available to NWS offices via LDM fields. The default color bar in AWIPS has been changed so that only temperatures between 45º F and 70º F are shown

This view of the Great Lakes from early in September (also from the CIMSS DB site, processed with CSPP), shows — with a color bar that ranges from 41ºF to 86ºF — much warmer water, especially in Lake Superior where the coolest mid-lake temperatures were in the mid-50s. Storms and vertical mixing since early September have cooled the surface waters. GLERL has a website that shows modeled lake surface temperatures, accessible here.