A Total Lunar Eclipse occurred over North America early in the morning of 15 April 2014. The resultant lack of lunar illumination had a profound impact on the “visible image at night” quality of the VIIRS 0.7 Âµm Day/Night Band imagery during the Suomi NPP satellite overpass at around 0800 UTC over the midsection of the United States. The animation above shows excellent illumination from the Full Moon at 0619 UTC (2:19 AM Eastern time) along the East Coast, and also at 0940 UTC (2:40 AM Pacific time) along the West Coast; however, the image at 0800 UTC (3:00 AM Central time), in the middle of eclipse totality, resembles Day/Night Band images seen during a New Moon. The three images can also be combined into a collage, as shown below, to illustrate the changes in the Day/Night band that occur as lunar intensity changes. 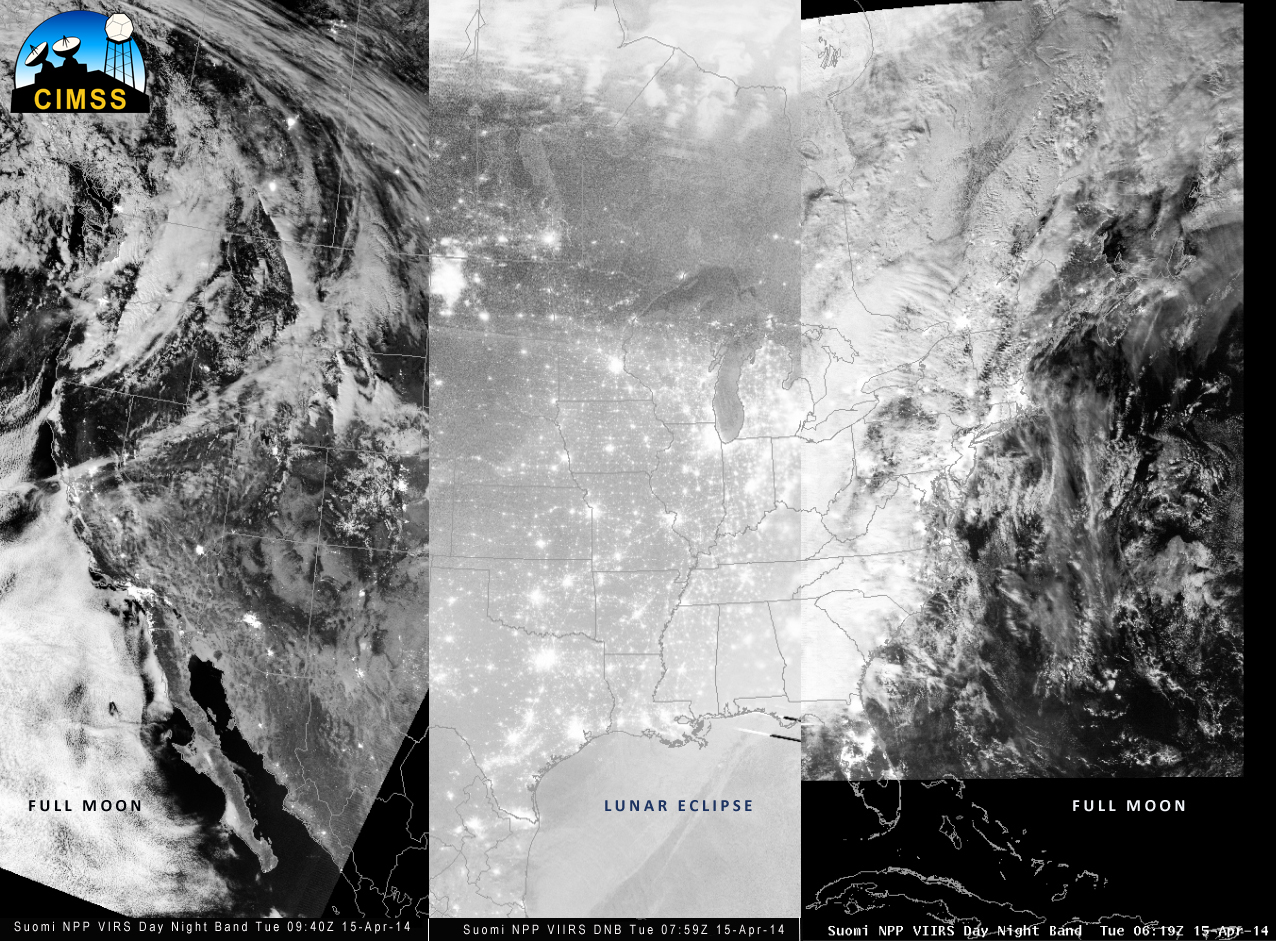 A comparison of three similar Day/Night Band images from the day before is here.

Even though the 08:00 UTC VIIRS Day/Night Band image exhibited a comparatively dull and “washed-out” appearance (due to very little illumination from eclipsed moonlight), there were still features of interest that could be seen. For example, a closer look over the southeastern US using the 0.7 Âµm Day/Night Band and 11.45 Âµm IR channel images (below) showed the effect of lightning activity associated with a pre-cold-frontal squall line over the Florida panhandle and the adjacent offshore waters of the Gulf of Mexico: a pair of long, narrow bright streaks (caused by cloud illumination from intense lightning activity as the sensor was rapidly scanning from northwest to southeast), abruptly followed by dark black streaks that eventually faded away. These dark black streaks represent post-saturation “recovery periods” after the sensor scanned the extremely bright cloud features. Incidentally, the coldest 11.45 Âµm IR brightness temperature over the Florida panhandle was -80Âº C (very near the area of dense cloud-to-ground lightning strikes).