“Medicane” in the Mediterranean Sea

A compact tropical-like cyclone (often referred to as a “medicane“) moved across the Mediterranean Sea during the 28-31 October 2016 period. EUMETSAT Meteosat-10 Infrared Window (10.8 um) images (above; also available as a 71 Mbyte animated GIF) showed the system as it developed over the Ionian Sea between Italy and Greece, initially moved southwestward, and then turned to the east where it eventually passed near the Greek island of Crete on 31 October (producing a wind gust to 52 knots at Chania’s Souda Airport LGSA and causing some wind and water damage: media story 1 | media story 2). In addition, a wind gust to 50 knots was seen on a ship report at 12 UTC on 28 October, just to the west of the storm center.

The corresponding EUMETSAT Meteosat-10 Visible (0.64 um) images (below; also available as a 17 Mbyte animated GIF) provided a more detailed look at the structure of the storm during the daylight hours of those 4 days.

Daily snapshots of Suomi NPP VIIRS true-color Red/Green/Blue (RGB) images viewed using RealEarth are shown below. The hazy signature of blowing dust/sand from northern Africa could be seen within the broad southeast quadrant of the storm circulation.

There was ample moisture available to fuel convection around the storm, as seen in the MIMIC Total Precipitable Water product (below). 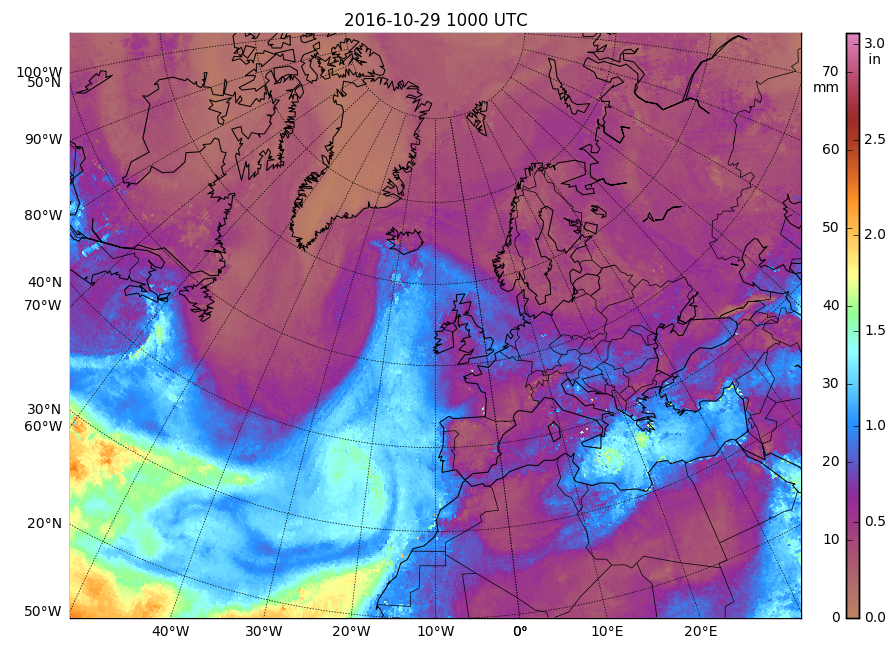 The surface wind circulation of the medicane was well-sampled on a variety of Metop-A and Metop-B overpasses, using ASCAT plots (below) from this site. 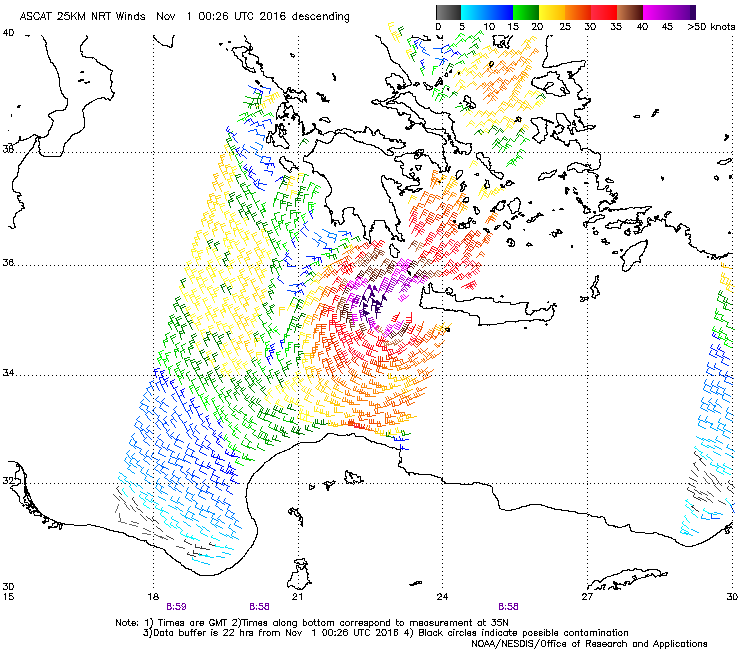 Suomi NPP ATMS images (below; courtesy of Derrick Herndon, CIMSS) revealed the areal coverage of the small “warm core” on Channel 8 (54.94 GHz) and Channel 7 (53.596 GHz); a north-to-south oriented vertical cross section showed the depth of the thermal anomaly associated with the medicane.

For additional information, see this blog post from the Capital Weather Gang.